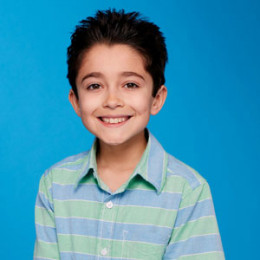 The talented American actor was born on February 15, 2005, in the United States. He holds an American nationality and belongs to White American ethnicity. His birth sign is Aquarius.

Thought I’d give the #10yearchallenge a shot. Not a lot has changed (: @dvnsal)

From an early age, he was interested in acting so he makes acting as his main career and pursued his career in acting. He has an older sister named Ronni Hawk.

The reassuring actor started his career in 2015 where he became a special correspondent for Extra attending red carpet events by interviewing different celebrities. He has interviewed the famous and popular stars including Chris Pratt, Adam Levine, Blake Shelton, Brittany Snow, Carly Rae Jepsen, and Fifth Harmony.

Bachtel worked as a kids correspondent at the 2015 Nintendo World Championships where he interviewed winners and competitors. He was also nominated for the Young Entertainer Award, Best Young actor-Daytime series.

Apart from it, he was also nominated for Daytime Emmy award for his roles in different other series for being the young Hollywood actor. In 2015 he started playing Lewie Diaz on the Disney Channel series titled stuck in the Middle. He also started playing Spencer Cassadine in 2013 and was cast as Max Leon on Rake and Young Jordi on Red Band Society. He is also a correspondent for the NBC’s extra TV hosted by Mario Lopez.

Nicolas Bechtel is pretty uptight in sharing his personal information to the media and public. As he is a young actor in the Hollywood series he has not been dating anyone. Currently, he is single and is still unmarried.

Recently he lives in Los Angeles and is of Christain faith.

As Bachtel is quite young in the film industry his net worth is reported to be around $500 thousand.

Bachtel is 4 feet 2 inch tall and weighs 77 lbs. He has Dark Brown colored hair and Brown colored eyes. He is also seen active on different social media including Twitter and Instagram.