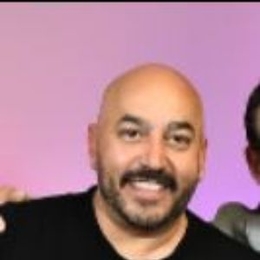 Lupillo Rivera is a chart-topping Mexican regional singer and music artist. In addition, Lupillo is also best known as the brother of the late Mexican singer Jenni Rivera.

Lupillo Rivera is a married man. He engaged to sweetheart  Giselle Soto in January 2021. After dating since December 26, 2014, the couple took their romance to the next level when Lupillo proposed to the eyebrow expert and company founder. 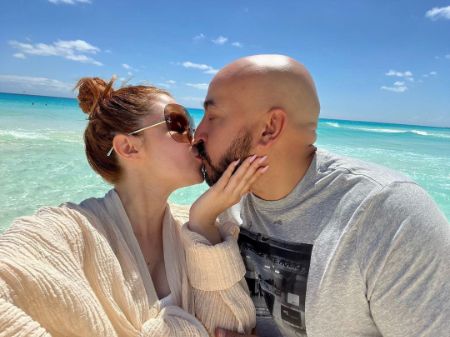 Further, Giselle has been consistently sharing their photos filled with PDA since September 2020. The brother of the late Mexican singer Jenni Rivera introduced his partner in 2021, telling them that there was a new woman in his life.

Shakira's look-alike Giselle posted pictures of them passionately kissing with a diamond ring sparkling on her left-hand last year. The lovebirds shared the vows in secret in a private ceremony in January 2021. 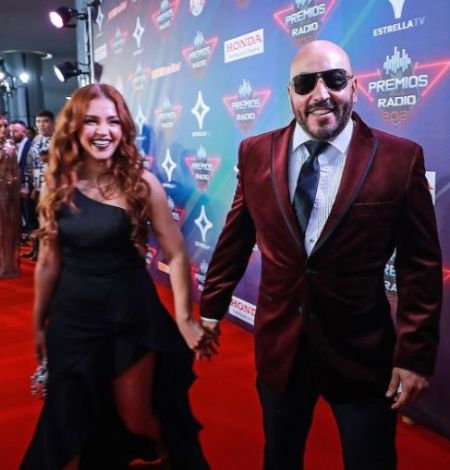 Lupillo Rivera with his wife Giselle Soto on the first red carpet together. SOURCE: Instagram(@gorgizz)

What's more, Giselle also changed her Facebook name to Giselle Soto Rivera. Previously, she confirmed the marriage and wrote, "Proud to be your wifey. I love you, Amore", in one of her Ig posts.

Besides that, Lupillo and an artist named Belinda were in love and had an intense relationship from March 2019 until August. Both met when as the coaches of "La Voz". 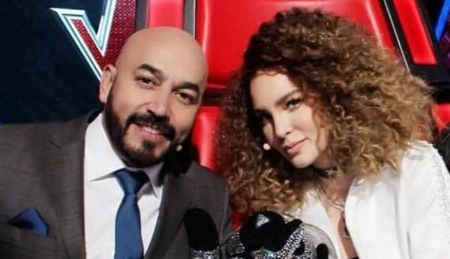 Lupillo Rivera and an artist named Belinda were in a relationship. SOURCE: Getty Images

The controversy sparked when the press asked Lupillo about that alleged house that he would have given to Belinda. The guy accepted that he had some gifts but none of the magnitude of a home.

Lupiloo instantly married the woman he wanted in life. As of 2022, The father of seven lives a prosperous life with his wife and has not been involved in extramarital affairs or controversies. The pair haven't shared any children to date; instead, they take care of Lupillo's children from his ex-wife.

The former flames contested divorce proceedings back in 2019 but refused to detail the reason for the split. Undoubtedly, Rivera and Mayelli are still in each other's lives, co-parenting their kids.

In an interview, the 50-year old revealed that he has seven children, six of them biologically with his ex-wife Mayeli Alonso. Their kids are named Baby Rivera, Avyana Rivera, Alicia Rivera, Lupita Karisma and Abigail Rivera.

Cause of Jenni Rivera's Death

In addition, Lupillo's elder sister Jenni died in a plane crash over Mexico in 2012. In the memory of Jenni, her family published the book Unbreakable: My Story, My Way in 2013.

Long Beach City formal hosted a massive opening ceremony for the park named after Jenni River to show their affection towards her. The ceremony also featured 125 foot long mural of Rivera.

Check out the video of Lupillo Rivera at his concert.

To add up, Lupillo bags massive amounts from album sales, records, live tours and a career that he began in 1992. Lupillo netted the California Latin Charts in 1999 and was signed by Sony Discos. He has collaborated with artists like Snoop Dogg.

Keep coming back to Married Wiki for more exciting news & biographies of celebrities.

Singer Lupillo Rivera is a married man. He got hitched to his girlfriend turned wife, Giselle Soto, in 2021.

Baby Rivera is the first child of Lupillo Rivera and his ex-wife Mayeli Alonso.

Avyana Rivera is the second child of Lupillo Rivera.

Alicia Rivera is the third child of Lupillo Rivera.

Lupita Karisma is the fourth child of Lupillo Rivera.

Abigail Rivera is the child of Lupillo Rivera.