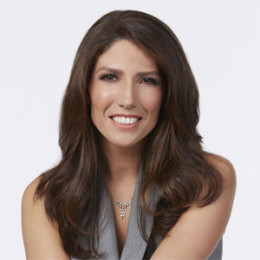 Emmy Award-winning American journalist, Lynda Lopez, is the younger sister of singing sensation, Jennifer Lopez. She has worked in TV and radio as well. She has worked as a news reporter/ correspondent, TV host and even a DJ. Lopez also worked on the American cable TV, VH1. She is currently single after multiple failed relationships.

Lopez graduated in 1989 from Preston High School. She majored in Communications and Broadcasting from C.W Post Campus affiliated to Long Island University.

Lynda Lopez has worked in many fields including radio, TV, and showbiz. And, she has established herself well in those fields.

Lopez began her career in TV in early 2000 working with Kane and Rebecca Rankin as VH1's VJ. She even took her sister, Jenifer Lopez's interview for the same show, they talked about their childhood and career. Lynda also became the morning news entertainment reporter for WB11 in New York.

Moving on, in 2002, she began to host her own show in Style Network’s GLOW, a cable TV show as an entertainment reporter. She reported the current entertainment news and stories on WNBC-TV. The following year, she became a DJ for WNEW-FM with her ex-boyfriend. Lopez also joined WCBS-TV as a correspondent the same year.

Her dedication towards journalistic work landed her a job as an anchor of WCBS’ weekend morning show. In 2006, Lopez debuted as a co-anchor with Mike Gilliam on the News Corp. She then moved on to WNYW-TV. She also became the co-anchor for Fox 5 Live along with Reid Lamberty. She was later replaced by Christina Park, a former CNN Headline News at WNYW-TV’s show, Good Day New York.

Apart from TV, Lynda Lopez was also involved in radio. She began her career in radio after joining WBAB and WLIR on Long Island as a radio broadcaster. Later, she became the assistant program director and a music director for WXXP-FM on Long Island.

She started working as a DJ for WKTU in the 10PM-2AM timeslot and landed the position of entertainment correspondent for WPIX.  In August 2013, Lynda Lopez became a news anchor in WCBS Radio, she left the position shortly after to work for her celebrity sister in LA. But as per some records, she again returned to the channel in 2014.

Lopez joined ABC Radio in 2016 as a host for GMA’s show, After Hours.

Lynda Lopez is currently 46-year-old and stands at the height of 5 feet 6 inches. The gorgeous reporter has had a prolific career till date, she has worked in radio, TV, and showbiz. Given her versatile career, Lopez' net worth in possibly in millions.

Her popular celebrity sister, Jennifer Lopez, has an estimated net worth of $360 million and a salary of $40 million annually. Both the sisters are involved in charity, once they collected $500,000 to donate for the health and well-being of women and children. 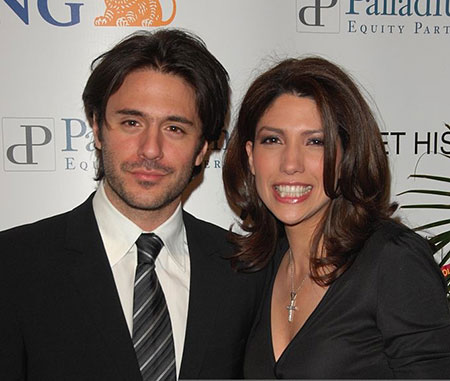 She also dated Chris Booker after meeting him for the first time at WNEW-FM in New York in 2002. They used to work there as co-hosts on a morning show. She broke up with Booker, her boyfriend of three years, in 2005 due to some unknown reasons. Lynda Lopez is currently single.

On 28th August 2008, Lynda Lopez welcomed her daughter, Lucie Wren Lopez-Godfried with Adam Godfried. After the separation of the couple, the child is living with her.