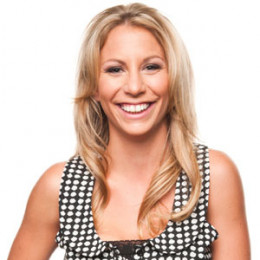 Lyssa Chapman is also known as "Baby Lyssa." She is famous from A&E TV's Dog the Bounty Hunter, where her father Duane "Dog" Chapman and others including her, track down and capture wanted fugitives. She became pregnant at her early age of 14.

Chapman is the ninth of twelve children of her father Duane "Dog" Chapman, and her mother was his third wife. Her father raised her till she was 10 and later, she went to live with her mother in a small town in Alaska. For six years she was out of contact with her father.

At the age of 18, Chapman started working as a bounty hunter and became one of the youngest bonds people in Hawaii. She also got licensed of a bounty hunter in the state of Colorado.

Chapman served with her father in the family bail bonds company "Da Kine Bail Bonds." She became famous after her role for eight seasons on A&E TV's "Dog the Bounty Hunter," where she, her father, her stepmother Beth Chapman and their friends and family members track down and catch wanted fugitives.

Chapman no longer works for her family. Currently, Chapman is the owner of Proper Choice Inc- A non-profit foundation, which educates the community on teen pregnancy. The 30 years old Lyssa Chapman, is also the owner of No Tan Lines LLP, Hawaii’s Premiere Tanning Salon, Home of the Better Body Bed with Red Light Technology.

In February 2011, Lyssa filed divorced her husband. The reason behind their divorce was domestic violence. Her husband, Galanti was violently abusing during her pregnancy and Chapman went to the marriage counselor, who helped her file for the divorce. 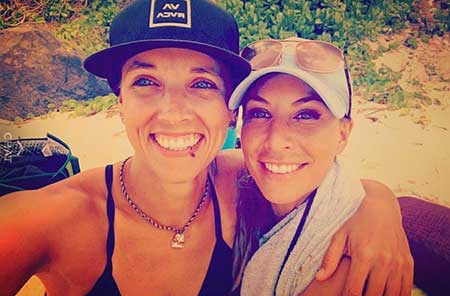 Before her marriage, she was already a mother of a child at the young age of 14, which was the result of sexual abuse. The father of her first daughter was arrested for sexual assault. On 11th of June 2002, she gave birth to her first child, daughter Abbie Mae Chapman.

After her divorce with Galanti, she went through a transition of sexuality. Now, she is a lesbian and dating her partner Leiana, who is a physical fitness trainer and Scuba Diver. The couple first met in Hawaii where they both live.

Harmony Of The Seas . This cruise was so Awesome. The girls loved the kids clubs. We loved the adult clubs  We will definitely be doing many more cruises #HarmonyoftheSeas #RoyalCarribean #kisses #LivingWall #CentralPark #AnimalTowels #TwoWivesClub #MechanicalBar #FamilyVacation #SeriousLove #lgbtq

In 2014, Lyssa and her two daughters Madalynn and Abbie were involved in a car accident in Hawaii. But no injuries occurred in the crash.

She engaged to Leiana Evensen in 2018. Evensen is a fitness director at The Oahu Club in Honolulu.

Chapman net worth is estimated to be around $500 thousand. She lives with her husband and children.

Lyssa Chapman was married to Brahman "Bo" Galanti. Later, Lyssa filed a divorce with her husband as Galanti abused her during her pregnancy. They have a daughter together.

Abbie Mae Chapman is the first child of Lyssa Chapman. She was just 14 years old when at the time. She got pregnant because she was sexually abused by Abbie's father.

Madalynn Grace Galanti is the first child of Lyssa Chapman from her first marriage with Brahman "Bo" Galanti.