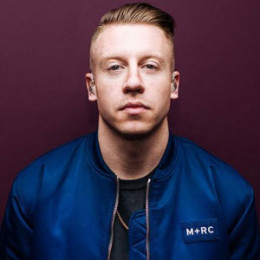 Macklemore is an American singer, rapper, songwriter who is famous for being part of the popular hip-hop duo Macklemore & Ryan Lewis. Their debut album, The Heist, and the singles "Thrift Shop" and "Can't Hold Us," included on the album became one of the biggest hits. In 2014, they won Grammy Award for Best Rap Song for Thrift Shop. Macklemore was a drug addict and went to rehab for 35- days after his father request.

Early Life and Education Of Macklemore

Benjamin Hammond Haggerty, known as Macklemore and formerly known as Professor Mack Lemore, is an American rapper, singer, and songwriter, born on June 19, 1983, in Kent, Washington, U.S, to father Bill Haggerty and Julie Schott. He grew up along with his brother Tim Haggerty in Seattle, Washington.

He attended Garfield High School, the alma mater of musical luminaries like Jimi Hendrix and Quincy Jones. At Garfield, he drank and used drugs heavily so his parents tried to end the habit by changing schools. Later, he attended Evergreen State College and got a bachelor's degree in 2009.

After entering the limelight, he became addicted to sex and variety of drugs. After his father's request, in 2008, Macklemore entered a 35-day rehab program.

He performed from an early age and was inspired by the hip-hop groups Kris Kross and Digital Underground and also the pop superstar Michael Jackson. Interested in music, he became the part of a program, which focused on education and cultural identity named "Gateways for Incarcerated Youth", where he promoted music workshops.

In 2000, while in college, he released an EP dubbed Open Eyes under the moniker Professor Macklemore. In 2005, he released his full-length debut, The Language of My World.

After releasing his full-length album, in 2006, he met Ryan Lewis. Lewis spent his few years working on Macklemore's promotion as a photographer and soon became good friends and gradually worked together full-time as a title-credited duo.

In 2009, Macklemore appeared as a featured artist on The Physic's song "Good'. The same year he released The Unplanned Mixtape which included the single "The Town." In 2008, 2009, and 2011, Macklemore performed in Bumbershoot, major art and music festival in Seattle.

In 2009, he and his fellow Ryan Lewis officially named their collaboration "Macklemore & Ryan Lewis" released the EP THE VS.EP. In December 2009, they released "Irish Celebration" in expectation of the release of The Vs. EP. In March 2010, the pair released "Stay At Hime Dad".

In October 2010, they formed the VS. Redux EP. Macklemore used his knowledge with material abuse to form the mixtape's song "Otherside", which samples the Red Hot Chili Peppers song of the same title. On April 8, 2011, they performed the song at 2011, Mariners Opening Day in-front of nearly 48,000 crowds.

On January 21, 2011, they released "Wings", followed by "Can't Hold Us", featuring Ray Dalton, released on 16 August 2011. In February 2011, Macklemore and Ryan toured Seattle, Washington, which contained three sold-out shows at the Market, a Seattle music venue. The same year, they performed at many U.S music festivals, like Outside Lands, Lollapalooza, Rock the Bells, SoundSet, Bumbershoot, and Bonnaroo.

In January 2013, Macklemore featured in the brand new series "Primed", by Music Choice, which focused on rising artists. In May 2013, Haggerty featured on Clinton Sparks's single "Gold Rush", with 2 Chainz and D.A. In August 2012, they held The Heist World Tour to promote The Heist.

In January 2015, Haggerty announced that his third studio album will be releasing in the second half of the year via Twitter but the album released on February 26, 2016. On August 27, 2015, he released his new song named "Downtown" featuring Foxy Shazam vocalist Eric Nally, Melle Mel, Kool Moe Dee, and Grandmaster Caz, which he performed at the 2015 MTV Video Music Awards on August 30.

On January 15, 2016, he released a teaser video revealing the name of his third studio album, This Unruly Mess I've Made on his YouTube channel, declaring that it is scheduled to be released on February 26, 2016.

On January 22, 2016, the duo's "White Privilege II" second single included in This Unruly Mess I've Made released in the second month. The same year Macklemore released his two solo singles, "Drug Dealer" and "Wednesday Morning". In his single "Drug Dealer", he raps about his earlier addictions and including a documentary that contains clips where Macklemore is discussing drugs abuse with President Barack Obama and in "Wednesday Morning" he raps about the political future of the country.

The 34 years old, Benjamin Hammond Haggerty known as Macklemore is a married man. He married Tricia Davis, who is a former nurse. The couple met around 2006, through MySpace. After 7 years of relationship, the couple engaged on January 3, 2015.

On May 2015, the pair welcomed their first child, daughter Sloane Ava Simone Haggerty. Following the birth of their daughter, the pair finally became husband and wife on June 27, 2015.

Macklemore dedicated his song "My Oh My" to the sportscaster Dave Niehus, who died in November 2010, in front of 50,000 fans, who attended the 2011 Mariners Opening Day at Safeco Field.

Macklemore and Ryan were awarded a custom jersey inserted with a Marine patch. He is a fan of the Seattle Seahawks and produced a 12th Man promotional video as well as played at the 2014 NFC Championship game in Seattle.

On July 28, 2017, Macklemore was involved in a head-on collision with a suspected drunk driver, which left his Mercedes damaged.

The Grammy Award winner, Macklemore has a huge fan following as we can see on his  Instagram and Twitter account. He has made a huge amount of salary from his singing and rapping career. He owns a $2.1m home in North Capitol Hill, which includes 3 bedrooms and 2.25 bathroom, about 2,920 square feet. He owns a classic Cadillac Fleetwood Limousine. As of 2017, his net worth is estimated to be around $18 million.

Macklemore married his 7 years long term girlfriend Tricia Davis, who is a former nurse. Tricia works with the management team and managed all the public relations, branding, marketing and business affairs decisions for Macklemore LLC. She also handles weekly reports, merchandise management, travel booking and financial settlements during Macklemore and Ryan Lewis tours. The couple has a daughter together.

Sloane Ava Simone Haggerty is the first child of Macklemore and his wife Tricia Davis. She was born after Macklemore engaged with Tricia. Just after her birth the pair get married.