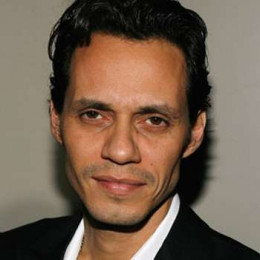 Marco Antonio Miniz, known better as Marc Anthony is a singer, record producer, actor and television producer of American nationality known best for being the top selling tropical salsa artist of all time. He is the recipient of two Grammys and five Latin Grammys. He was born in New York City and was raised as a Roman Catholic. He is also the recipient of the Congressional Hispanic Caucus Institute Chair’s Award.

He has had a string of relationships and unsuccessful marriages but the most recent one surely has been good for him.

He married model Shannon de Lima on 11 November 2014 in La Romana, Dominican Republic. The couple separated in 2016 and finalized their divorce on 13 February 2017.

In June 2004, he married Jennifer Lopez. She gave birth to their twins Emme Maribel Muniz and Maximilian David Muniz on 22 February 2008. The couple earned $6 million from People magazine for the first photo shoot of their twin kids.

When I get home and my twins want to hold Daddy. Priceless. Happy Birthday week my angels.

In August 2017, he dated girlfriend named Raggaella Modugno after breaking up with model girlfriend Mariana Downing. She posted an Instagram video of the singer. The video captioned, "Relaxing Monday with my baby."

Miss Universe Dayanara Torres and Marc Anthony got married on May 9, 2000 and have two sons. They split on 2003.

Jennifer Lopez and Marc got married on 2004 and their marriage lasted a decade. They have twin sons together.

Marc Anthony has been married to Shannon de Lima, a model since November 11, 2014. They have has no children yet.

Ariana Anthony is the daughter of Marc Anthony with Debbie Rosado

Cristia Anthony Muniz is the first son of Marc and Dayanara.

Jennifer and Marc had twins Emme and Maximillan on 2008.

Jennifer and Marc had twins Emme and Maximillan on 2008.