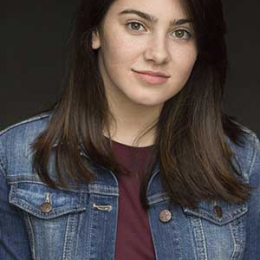 Mariangeli Collado is well known for her role in popular mobile app and YouTube series "HitStreak" on the ShowMobile channel. She is also known as the lead singer of the Pop Group, L2M.

Is Mariangeli Collado Single? What About Her Boyfriend? Know About Her Rumors, Dating

Mariangeli Collado is currently single and out of any dating rumors as of now. Furthermore, she is a very secretive person and knows how to keep her personal life aside from her professional life. She never opens up about her dating life.

The YouTuber seems quite focused on her career and looks like she is waiting for the perfect partner for her. Moreover, she is never seen with any man outside of the reel life. Even though she's active on Instagram, she never hinted anything relating to love.

How Much Is The Net Worth of Mariangeli Collado? Know About her Salary, Earning, Career

visited @famousbirthdays a while back !! did some fun stuff while i was there that i can’t wait for you guys to see...(link in bio )

Collado started her professional career at the age of six after signing a contract with the popular mobile app and YouTube series HitStreak on the "ShowMobile" channel where she played the lead role. Similarly, for episodes of Hitstreak, Collado recorded four professional music videos; a cover of Adele‘s Skyfall, Mariah Carey‘s Almost Home, Christina Aguilera‘s We remain and Katy Perry‘s Roar which has over 200 million views on YouTube.

The Popstar then joined L2M, as the lead singer and recorded the title song "Girlz label" for LEGO movie Girlz 4 Life with six additional songs and appeared in the corresponding music videos. The band posses 49K subscribers on their official Youtube Channel. Moreover, the estimated monthly and yearly dollar bills from her band’s official channel are $69–$1,100 and $824–$13,200 respectively. So, she earns heavy bucks from her band and her appearance in the videos.

Collado recorded a song titled "The Beat Goes On" and starred in the music video for the same song, filmed for DreamWorks TV in 2018. The estimated monthly and yearly earning of the YouTube Channel DreamWorks TV is $30.9K–$494.7K and $371.1K–$5.9M respectively. 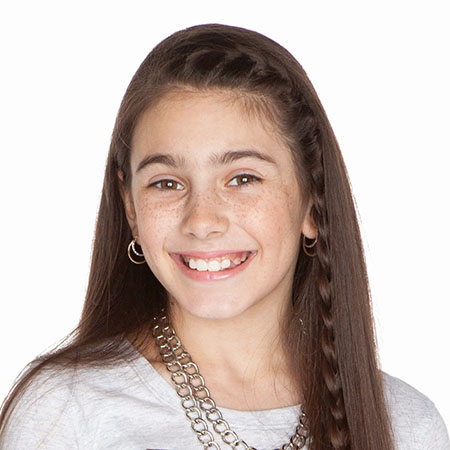 Mariangeli Collado in her childhood.