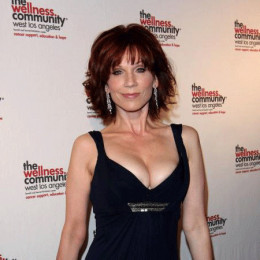 An American actress, producer and author Marilu Henner who is widely known for her role as Elaine Nardo in Taxi which is a popular sitcom of the late 1970s. She was the daughter to Loretta Callis and Joseph Henner. She is the third children among six. She had keen interest in dancing from her young age and as a result of which, she started dancing when she was just two years old and when she reached 14 years old she started to teach dancing to others in her family's studio. She attended Madonna High School in Chicago. When she was in college she choreographed shows at various local high schools and colleges. She debuted in Hollywood from sleeper-hit Between the Lines. She has already starred in popular movies like Bloodbrothers, Hammett, The Man Who Loved Women etc.

She is a married woman. Looking back at her relationship history, her married life was not so successful. She has married thrice till date.

She married popular celebrities who were actor and director. She also dated other celebrities. Her first marriage with Frederic Forrest only lasted for two years and they got divorced.

Although the #BladderCancer journey can be difficult, there is no reason to lose hope or go it alone. Open up to your doctor and loved ones about any symptoms you may be experiencing, so the disease can be detected as early as possible. Click the link in my bio for more information this Bladder Cancer Awareness Month. #spokesperson

She has two children Nicholas Morgan Lieberman and Joseph Marlon Lieberman from her second marriage Robert Lieberman but the relationship didn't go well as well and they got divorced.

She attended the University of Chicago.

He is a retired American actor. He was her first husband. The marriage relationship only lasted for couple of years. Together they have no children.

Professionally he is a director. Together they had two children. After a decade of their relationship they got divorced.

He was her former classmate in same college. She accepted his marriage proposal after he was treated with cancer surgery.

He is the eldest son from her second marriage. He is very handsome.

He is the youngest son from her second marriage. He divides time to stay between his father and mother.