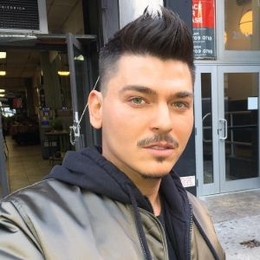 Mario Dedivanovic is an Albanian-American make up artist, who includes the Kardashians in his client list. Moreover, he is an ambassador of 'Anastasia Beverly Hills' and has created his development program called 'The Master Class'.

Is Mario Dedivanovic Dating Someone? He Admitted Being Gay in an Award Show

The 36-year-old Mario Dedivanovic is reportedly single, as of now. He is a very private person who hasn't revealed to others his personal life. Furthermore, there is no more information about Mario's relationships, past or present. He has a happy life with his parents and friends. 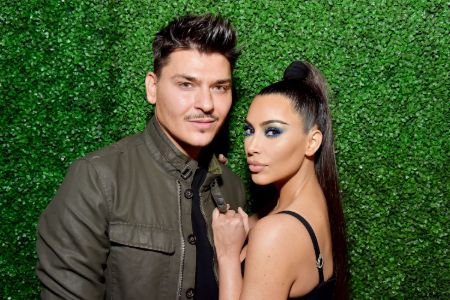 There was a rumor that before he was homosexual. But he later admitted of being gay in a 2019 award show. However, Mario is yet to disclose who the love of his life is yet. Most probably, he concentrates on his career as a makeup artist and hasn't got time for love commitments. 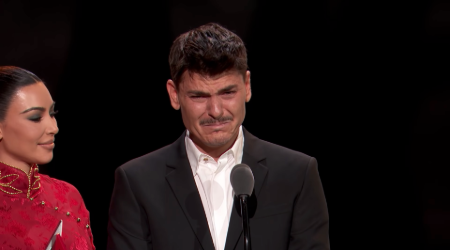 Mario Dedivanovic broke down in tears mentioning he is gay.
SOURCE: PinkNews

Besides, he's got plenty of nice and close friends like Kim. In 2008, when he was hired for Kim Kardashian's cover shoot, where Kim and Mario first met. We make sure to update if anything is revealed regarding his personal life.

The famous makeup artist Mario began his career at 'Sephora' from the fragrance department. After his client asked him for his assistance in selecting a lipstick, Mario then started his career as a makeup artist. He later worked as a freelance Makeup Artist for 'FOX News.' 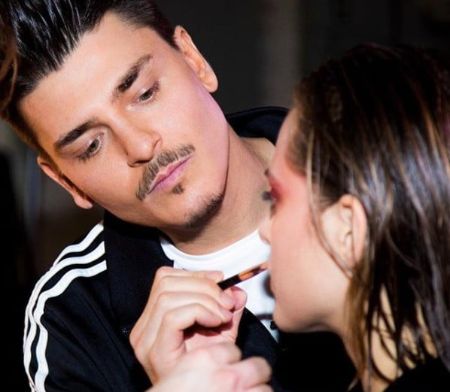 Mario Dedivanovic is one of the most successful makeup artists.
SOURCE: PopSugar

Slowly but steadily, Mario became a successful celebrity makeup artist, and from several movies and television shows, he got a platform. His on-screen debut is the TV series called Glam Masters. As a matter of fact, his career skyrocketed after working with Kim Kardashian and formed an intimate friendship with her as well. Later, he collaborated with celebrities and actresses like; Emily Ratajkowski, Ariana Grande, Kate Bosworth, Selena Gomez, and so on. 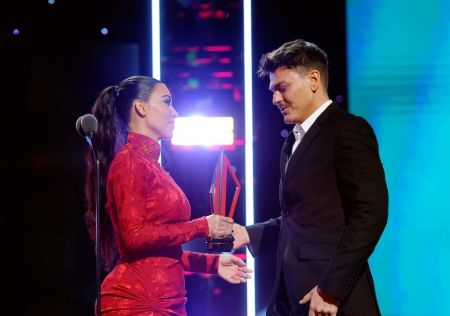 Mario Dedivanovic received the award from Kim.
SOURCE: The Independent

After working Kim for over 11 years, she presented him with the Artist Achievement Award in November 2019 American Influencer Award. At the time, he broke down in tears and opened up to be gay in a heart-rending speech for the first time.

The Whopping Net Worth of Mario Dedivanovic

The beautician has an estimated net worth of $15 million as of 2020. Undoubtedly, he made a massive fortune through his successful career as a makeup artist. 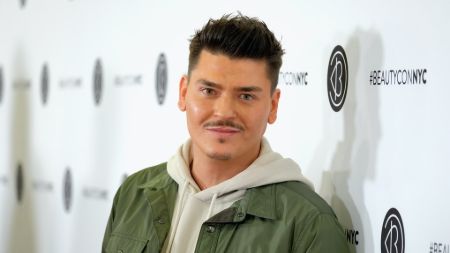 As per some sources, Mario receives a salary of $124,000 as a makeup artist. On the other hand, Kim's buddy runs his own training program named The Master Class. Surely, he earns decent money from the program. Besides, he's also featured on Glam Master, the Lifetime TV series.

Apart from this, he created a self-titled Youtube channel, which has 95.3k subscribers. In the channel, he provides viewers with various makeup classes. Moreover, he has 7.6 million followers on his Instagram account. So sponsorship posts are a sure thing for the celebrity makeup artist.

Stay intuned with marriedwiki.com for more Biographies, News, and Articles.