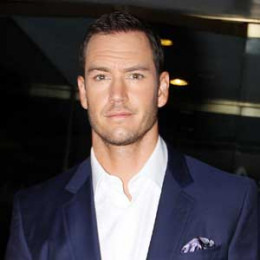 Mark-Paul Gosselaar is recognized for his incredible work in Saved by the Bell where he was cast as Zack Morris. He appeared in some commercials at the early age of 5. He also cast in the short-lived WB series D.C and John Clark on ABC's NYPD Blue.

Mark attended Santa Clarita Valley and later, attended Hart High school from where he graduated. He made his first appearance in commercials for Oreo cookies and Smurf merchandise, and then made a guest appearance on television series at the age of 5.

Gosselaar first became popular starring in the hit television comedy series 'Saved by the Bell', where he played as Zack Morris, which was live on NBC from 1989 to 1993. He reappeared in two TV movies and the less-successful sequel, 'Saved by the Bell': The College Years.

In 1998, he starred in the feature film, 'Dead Man on Campus.' He also appeared in the short-lived WB series D.C from 2001-05 and also played the role of, John Clark on ABC's NYPD Blue. On February 4, 2015, Gosselaar appeared with Mario Lopez, Elizabeth Berkley, Dennis Haskins and Tiffani Thiessen on The Tonight Show Starring Jimmy Fallon in a Saved by the Bell sketch with Fallon.

Mark-Paul Gosselaar has married twice till date. In 1996, he married Lisa Ann Russell, a former model. The pair met on the set of Saved by the Bell in 1993, where Russell played a small role on the show and caught the attention of Gosselaar.

After his first divorce, Gosselaar got engaged to Catriona McGinn, an advertising executive in August 2011. The couple later married on July 28, 2012, at the Sunstone winery in Santa Ynez, California. They have two children together, Dekker (born 2013, and daughter Lachlyn (born 2015).

As of 2017, Mark's net worth is estimated to be around $9 million dollars.

Mark-Paul Gosselaar married Lisa Ann Russell, a former model. They met on the set of 'Saved By the Bell', where Lisa played a short role. They have 2 children together.

After the divorce, Mark married Catriona McGinn, who is an advertising executive. They have 2 children together.

Michael Charles is the first child from Mark's first marriage.

Ava Lorenn is the second child of Mark and Lisa Ann Russel.

Dekker is the first child from Mark's second marriage.

Lachlyn is the second child of Mark and Catriona McGinn.