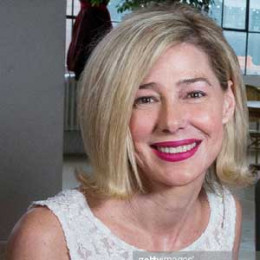 Mary Katherine Schmitz an American former school teacher who pleaded guilty to two counts of felony second-degree rape of a child, her 12-year-old student, Vili Fualaau. After her release from jail, Letourneau was caught by police in a car with Fualaau.

Mary Katherine Schmitz was born on 30, January 1962 in Tustin, California, to father John G. Schmitz, a University professor, and mother Mary E, a chemist. She had three siblings among one of her brothers died by drowning in the family pool at their home.

She attended Cornelia Connelly High School, all-girls Catholic School in Anaheim. California, where she was a member of Cheerleading Squad for Servite High School. She graduated from Arizona State University.

While she was a student, at Arizona State  University, she became pregnant with the child of her classmate, Steve Letourneau. Later, in 1985, the couple got married and dropped college and moved to Steve's hometown, where they had three more children in a few years.

In 1989, Letourneau began teaching at Shorewood Elementry School, where she taught the sixth-grade students and Vili Fualaau was one of them. Mary introduced Vili with her eldest child George and also used to spend time at her home.

In June 1996, she started a sexual relationship with the 13-year-old Vili. The relationship between Letourneau and Faulaau revealed when her husband found love letters that she had written to Faulaau. In the same month, a neighbor of Steve reported the affair to Shorewood Elementry officials. In March 1997, she was arrested and charged with child rape.

In May 1997, Letourneau gave birth to a baby girl(Fualaau's child). Three months later, she pleaded guilty to second-degree rape and sentenced to seven years in prison. After, spending 80 day's in jail, she was granted a release on the condition that she will take a treatment program for sex offenders and not have any contacts with Fualaau.

In February 1998, the Seattle Police caught Kay with Fualaau in a parked car, with $6,200 in cash, passports, and receipts of $850 in clothing purchases which led authorities to figure out that they both were planning to flee the country.

Later, she was sentenced to spend her full prison term at Washington Correction Centre for Women. In October 1998, she gave birth to the second daughter of Fualuua. Both girls were in custody of Fualaau's mothers. Mary also divorced with her husband, Steve. The custody of their four children was given to him.

In August 2004, after released from prison, Fualaau and Letourneau soon got engaged. In May 2005, the couple married at Winey in Woodinville, Washington. They sold their wedding video to press.

Letourneau and her husband Fualuua were the DJ and host for "Hot For Teachers Night" promotions at Seattle nightclub. Letourneau's story was made into a Tv movie in 2000 titled, All-American Girl: The Mary Kay Letourneau story.

As of 2017, Mary Kay Letourneau estimated net worth is around $50k from her teaching career.

Mary Kay Letourneau married Steve Letourneau after being pregnant with his child while studying in university.

Nicholas is the first child of Mary Kay Letourneau and her first husband Steve Letourneau.

Audrey Lokelani Fualaau is the first child of Mary Kay Letourneau and Vili Fualaau. The baby was born before their marriage.

Georgia Fualuua is the second child of Mary Kay Letourneau and Vili Fualaau.