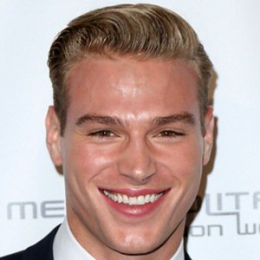 Matthew Noszka is one of the hottest names in the modeling industry who worked with many high-end brands. Noszka gained instant popularity through his good looks and hard work. At present, Noszka is trying his hand in acting and is the part of TV Series "Stars".

Is Matthew Noszka Dating? Know about his Girlfriend, Affairs and Personal Life

Matthew Noszka is currently dating YouTuber Inanna Sarkis. Furthermore, Noszka is open to sharing his personal life to his fans so he regularly posts pictures of him with his girlfriend on a social media site. 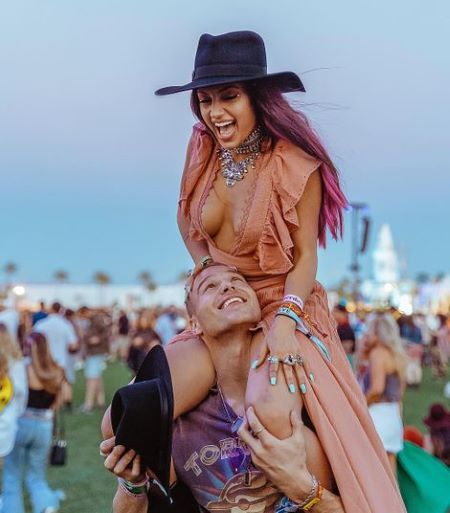 The couple is currently busy better understanding each other and developing a strong bond. There are no rumors of their engagement or wedding at present.

Noszka was previously dating hairstylist Riawna Capri. The reason for their split is not known.

There was also speculation that Noszka is a father to two children. The rumors started after he shared pictures of him with children.

Noszka, however, is yet to comment on the rumor, so at present, Noszka being a father is just speculation.

Matthew Noszka's overall networth is $2 million- 5 million which he amassed through his successful modeling career and rising acting profile.

Back with my baby for the weekend then off too London

Noszka was first discovered through his casual photo with a friend on Instagram. The modeling agents were so impressed with his looks that he was booked for a Nike modeling gig at the start of the career.

Since then, Noszka has worked with many high-end brands such as Calvin Klein, Versace, Moncler and many more. On average, a model in the USA can earn $1,500- $10,000 per day depending on brands and model popularity.

Noszka furthermore is trying to make his name in acting too. At present, he is starting in the TV series Star in the role of Jackson Ellis. He shares the screen along with actors such as Quincy Brown, Ryan Destiny and many more. On average, a TV actor in the USA earns $57,100 yearly.

In addition to that, Noszka is a car enthusiast and owns several cars including a Lamborghini ($200 thousand- $450 thousand) and BMW 3 series ($40,750). More to that, he also owns a car maintenance company named 412Motorsport.

Matthew Noszka was born on October 27, 1992, in Pittsburgh, Pennsylvania. His nationality is American that contains Polish, Irish, Swedish and German ancestry. Furthermore, his birth sign is Scorpio.

I’m at a loss for words and my heart has been shattered. I could say so much but none of what I say can bring you back to us. I know now that I have a real guardian angel and I promise to make you proud with every step I take. I’ll love you forever my beautiful Father.

Matthew is close to his family which includes father, mother and elder sister Danielle Noszka. Sadly, the family has suffered many hardships over the years. Firstly, Mathew's mom suffered from breast cancer when he was just eleven years old. Furthermore, In 2018, Matthew's dad passed away in his early sixties.

Matthew completed his high school from Chartiers Valley high School and later joined Point Park University on Basketball Scholarship. In fact, his basketball skills are in his genes as his grandfather, Stan Noszka is a former professional basketball player for the Boston Celtics.