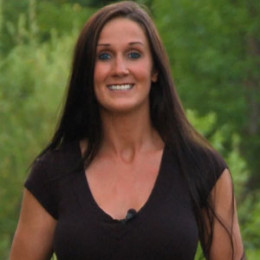 Melissa Bachman a hunter by profession was born on July 17, 1984, in Minnesota. Both her parents were hunters, so she also developed a keen interest in the same as a child.

The host of hunting television programs Melissa Bachman grew up in Paynesville, Minnesota with her parents, Karen and Dale Bachman; both were avid hunters. She was born on 17 July 1984. Her birth sign is Cancer. She has a brother named Aaron.

At the age of 5, she began hunting along with her parents. She belongs to white ethnicity and holds an American nationality.

The 34-years-old Melissa studied Paynesville Area High School, and she graduated from there in 2002. After that, she attended St. Cloud State University with a double major in Broadcast Journalism and Spanish.

After graduating in 2006, Melissa Bachman started working as a television intern. Afterward, she was offered to become a producer for a hunting show, where Bachman traveled across the country while producing, writing and filming the adventures of other hunters.

After her stint as a producer, Melissa became the host of “Winchester Deadly Passion,” a hunting show on the Sportsman Channel for its 3rd season in July 2014. In the show, she traveled the world to hunt animals using bow, rifle, or shotgun.

Melissa started to produce and edit the program by herself. She worked about 300 days per year in the field, switching between 2 camera operators who need more time off. In 2014, Bachman came out with a clothing line program, and in 2015, she sponsored an ammunition based jewelry line.

In March 2012, Melissa Bachman took the world record for a red stag shot by a woman archer in a New Zealand hunt.

It was the same year National Geographic Channel planned to select her to be one of the contestants for the show Ultimate Survival Alaska until a Change.org petition surfaced in media to exclude her from the show as she was from the hunting background. It received 13,000 signatures within 24 hours.

Being a prominent hunter, she has received both praise and personal online attacks from people around.

Talking about Melissa Bachman personal life, she is unmarried and possibly single now. There aren't any rumors about her love life, and she has not shared any past affairs on her social site.

It seems that Bachman has tried to keep her personal life very secret or maybe she is busy on her hunting profession. Bachman is currently focused on her career growth.

As she's busy for more than 300 days a year in animal hunting, she has no time for married life or boyfriend.

An American producer, host, and hunter Melissa has an estimated net worth of $1.5 million. She earned huge amount of money through her amazing videos, which are expensive, also highly paid by popular wild animal and nature channel including National Geography, Discovery and so on.