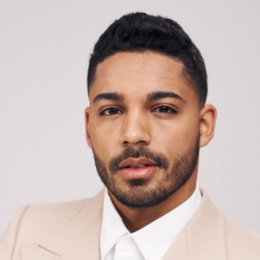 Michael Evans Behling is an actor best known for his role as quarterback Jordan Baker in the CW hit show All American. He had also been a huge part of the show Empire. Michael has been in the entertainment field since the 2000s.

Michael Evans, the exceptionally secret personality, is probably not dating anyone. Back then, he dated All-American series co-star Daniel Ezra. They frequently met each other after filming.

Also, the actor frequently makes PDA appearances with actress Bailee Madison. Nonetheless, neither of the pair has confirmed the dating rumor. The alleged partners refer to each other as good friends. 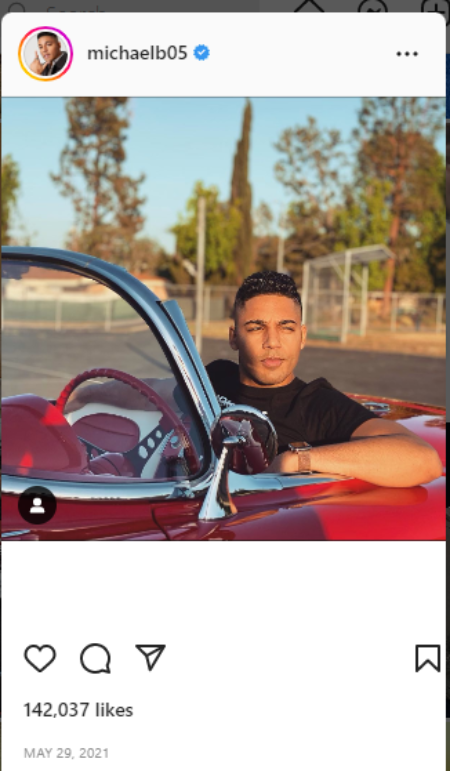 Currently, Behling is focused on his latest project, All American, in which he portrays the lead character of Jordan Baker. Besides, he spends time on a clothing line Designed At 5 AM, which the actor began with three high school friends, Drew Thompson, Floyd Athaide, and Nicholas Stevens.

The Columbus, Indiana native tied the knot with his girlfriend turned to wife, Madison Stanton, in April 2021. Everything was going smoothly between the two for the first three months unless the split was on September 5, 2021.

Michael Evans Behling, An American star, recently decided to end the marriage after five months together. As the actor was keeping his private life secret anyone rarely knew he was married. As per legal documents, Behling filed for a split, from his spouse Madison Stanton. 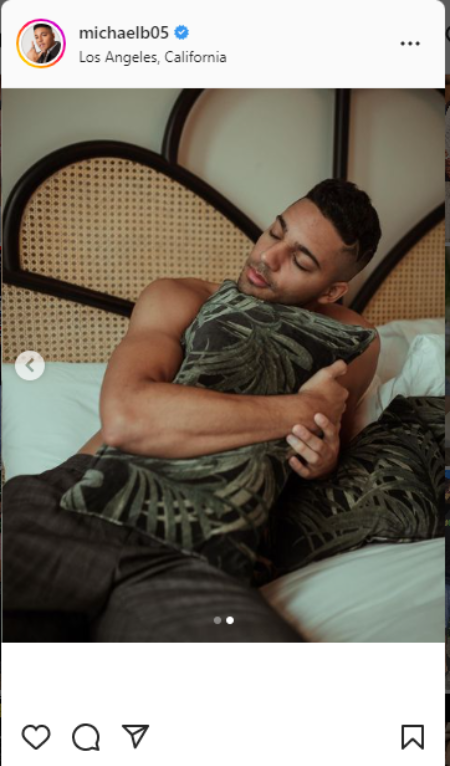 Behling ended the relationship with Stanton after four to five months of courtship. The duo went separate ways in August 2022 and made it public a month later due to irreconcilable differences. Madison did not have any children amidst her relationship with Michael Evans.

Now that the pair have gone separate, Madison Stanton files for spousal support following the marriage. Mrs. Stanton alleges she should be paid monthly. Madison lived in a relationship with Michael for less than a year, so it's unclear how much she might receive.

In the documents submitted to the court, Behling admits he has been part of "All American" and is making a healthy payroll along with another modeling endorsement.

Michael Evans Behling bagged over $3 million between 2021 to 2022. He earned those amounts by landing a significant role in the high school football drama opposite Taye Diggs. In addition, the 25-year-old summoned $88,726.08 as income from All American.

While the other $370,000 was bagged in by American Eagle endorsement. According to some genuine sources, Michael Evans did modeling before he jumped into the acting field. Surprisingly, he is claiming sole and different property for most of his other assets, including a Mercedes AMG.

Behling addresses his apartment furniture, television, computer, DY rings, and other household items are his property. Also, the actor is in the phase of making more money from All American and other businesses. At the height of his career, Michael worked for advertising campaigns such as Adidas, White Castle, and Finish Line.

Michael Evans Behling was born in Columbus, Indiana, the United States, on March 5, 1996. He is a foster child of Mike and Carol Behling, a couple living in Indiana. Michael has three siblings Matt, Adam, and Andrea.

Behling later announced in March 2020 in a youtube video that his mother is of German descent and his father of Nigerian descent. The actor's family already scored some hectares of land. The Behling had several dogs, cats, and a chicken coop. 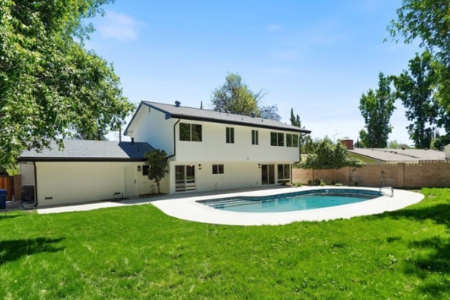 With a huge interest in being in front of the camera, Michael dreamt of being an actor while studying at high school. He watched Heath ledger's performance in the Dark Knight at a young age. Evans Behling played high school football during his sophomore year.

Behling stepped into the Hollywood fraternity with Adidas and White Castle advertising campaigns. He portrayed Handsome Dude on the fox hit series Empire before appearing in the CW series in 2018.

Before flying to Los Angeles in January 2018, Michael Evans began filming the show. At the time, his finances were running so low that he was compelled to sleep on a friend's floor. Today, he is a world-famous actor and manages his own clothing company.

Michael Evans Behling is a stunningly handsome young man standing 6 feet 1 inch tall. He has tan brown skin and dark brown eyes. Evans has won the hearts of many with his broad smile and charming looks.

Behling maintains his body by going to the gym and taking a balanced diet. Michael Evans is a vegetarian and fully committed to animal welfare and mental health awareness.

Behling is available on TikTok with 2.4 million followers under "michaelb0505". Michael uploads his daily activities on social networking sites, including Tiktok and Instagram.

Michael grew up on a ten-acre land where he learned to enjoy the outdoors. Also, he watched how the animals enjoyed roaming freely. He learned to take care of animals from his family members. Michael came to appreciate that animals, too, deserve a place to call home.

In the meantime, Michael Evans involves himself in non-profit organizations, charities, and welfare programs. The Empire cast is a steadfast supporter of animal rights programs.

Michael Evans Behling was married to Madison Stanton for less than a year. The couple went separate ways after 4 months of marriage.