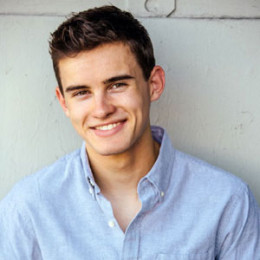 Michael Johnston, 22, is a rising American actor. He is well known for his character in MTV's supernatural drama series Teen Wolf as Corey. He featured in an independent movie Slash, which was accepted into the 2016 SXSW film festival. Likewise, Michal is a voice actor for animations and video games as well. He portrayed in the MTV series Awkward and appeared in the indie horror film Bornless Ones.

Born on February 22, 1996, in North Carolina, United States Michael at the age of 12, began auditioning for voice overs in commercials and animations in a self-setup recording studio in his room.

He shifted to Chicago and studied acting at The Second City. He lived in Chicago with his father for a six months before moving to Los Angeles. His mom is a survivor of cancer.

After moving to Los Angeles, Michael Johnston voiced characters for video games including Dust: An Elysian Tail, Tales of Zestiria, and Bee Wars.

Moreover, Johnston also did voice work for television series such as TOME: Terrain of Magical Expertise, A Lull in the Sea and voiced the lead role for Zak Strom.

In the 2011 TV series Teen Wolf, he played the character, Corey. He also starred in the comedy drama film, Slash.

The 22-year-old, Johnston with his charming personality has won many female hearts. But it seems that he is a committed guy. Michael looked pretty cozy with a beautiful girl in his recent post on Instagram.

Her name is Cinta Laura Kiehl and his high school friend. It is rumored that she is his girlfriend.

MTV's supernatural drama series, Teen Wolf star Michael is a rising actor in Hollywood. Therefore, his net worth is most likely under $1 million.