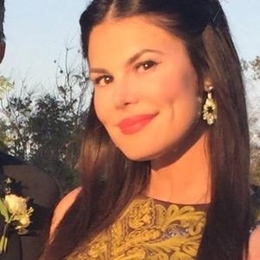 Michelle Gracie is a former model, Hollywood actress, known for her role in the movies such as A Golden Christmas, Eagle Eye, & Lethal Seductions. However, she is also widely recognized as being the wife of famous sports broadcasting journalist Jay Glazer.

A former Hollywood actress, model, and real estate specialist Michelle Gracie is an accomplished woman both in personal and professional life. Talking about her marital life, Michelle was once blissfully married to the sports broadcaster, Jay Glazer. The couple walked down the aisle on the auspicious day of June 26 in 2006. 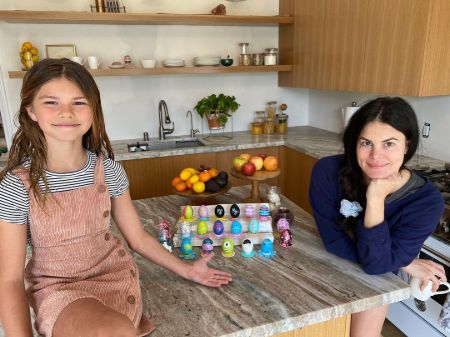 For some years, the duo lived together and even have two children together named Lucy Glazer and Samuel Glazer. Lucy Glazer is their biological daughter, while Samuel Gaizer is their adopted son. Her partner Jay Glazer went to the adoption center and officially adopted Samuel in 2015, while he was only 3 years old.

Unfortunately, the bond between Michelle Gracie and her husband didn't last longer than three years as they decided to get divorced citing irreconcilable differences in 2009. 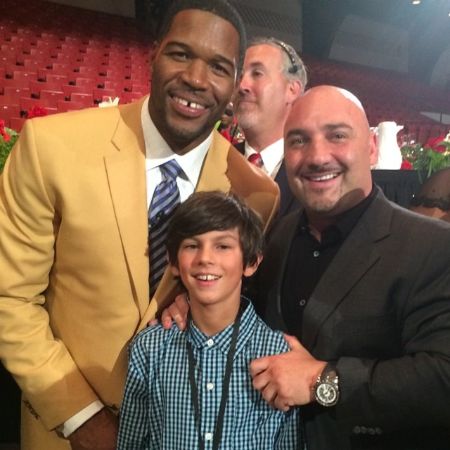 Lucy Glazer and Samuel Glazer are seen very close with their mother Michelle Gracie as she has posted a lot of pictures sharing lovely moments like playing tennis, baseball, and piano. Michelle is very active on Instagram and Twitter and mostly shares advertising interior and exterior of beautiful houses and real estate of metropolitan areas of Los Angeles.

Who is Michelle Gracie dating today?

Michelle Gracie has been then romantically linked with another guy named Travis Kanafani. Gracie and Kanafani also seem very close to each other, as they shared pictures of them spending quality time with each other by visiting beautiful countries on social pages. 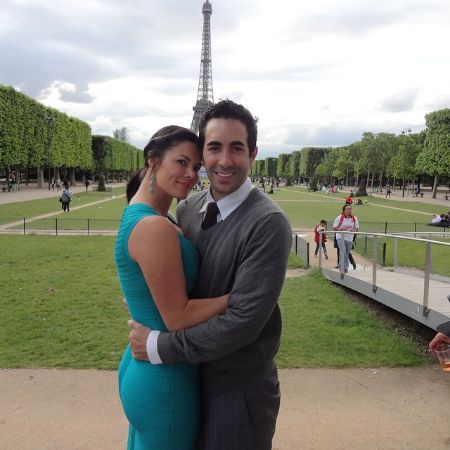 In a post shared by Michelle on her Instagram handle, she celebrated a year anniversary with Travis. Michelle seems to have an affair with Travis after her divorce from Jay Glazer. Travis Kanfani is head at 8020 Consulting by profession.

What is the net worth of Michelle Gracie?

Hollywood actress and former model, Michelle Grace is expected to have a net worth of $600k. Most of her fortune is earned from working as an actress in various hit films. Michelle starred as Mrs. Farrow alongside Rusty Joiner, Murray Gray on  Unsullied and earned a hefty amount.

In addition, Michelle also appeared as a host on various TV shows like NBC, Fox News, and other stations interviewing Michael Strahan, Chuck Lidell, Tony Gonzalez, Drew Breeze. Everyone from her fans to sportsperson admired her lovely appearance and body figure.

Watch the video of Michelle Gracie taking a public interview with many sports icons and players below.

Other than appearing in the movies and shows, Michelle is busy handling a real estate company in Los Angeles, mainly in the Beverly Hills area, called  Rodeo Realty Incorporated. Her work is in sales, marketing, and providing the best housing facilities to clients. With the experience of almost more than a decade in a realtor profession, her average income might reach $65,000 a year.

Lucy Glazer is the biological daughter of the mother Michelle Gracie, and father, Jay Glazer. She was born on September 15, 2016.

Samuel Glazer is the adopted son of Michelle Gracie and her former husband Jay Glazer. He was adopted in the year 2015.