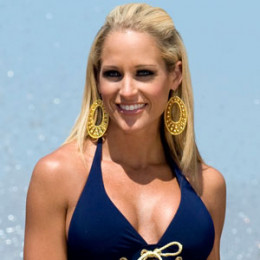 Michelle McCool is an American retired professional wrestler who is well known for her time with WWE on SmackDown. She is also a former two times WWE Women’s Champion and two times WWE Divas Champion and a 1-time Diva of the Year. She has held both titles on two events, which makes her a 4-time champion overall. In November 2010, she was positioned No. 1 in Pro Wrestling Illustrated's Female 50 in 2010.

The 37-years-old Michelle McCool was born in Palatka, Florida to the mother, Mary McCool, a teacher and her father, Terry McCool, a superintendent. McCool has an older brother who played football at the University of Cincinnati. She belongs to white ethnicity and holds an American nationality.

The 5 feet 10 inches tall McCool attended high school in her hometown, where she played basketball, softball, and volleyball. Michelle received her Master’s degree in Educational Leadership from Florida State University.

Before joining in professional wrestling, McCool taught 7th-grade science for 4-years in Palatka, Florida. She also taught kickboxing, gymnastics, and worked as a personal trainer.

In summer of 2004, at the age of 24, McCool joined the Raw Diva Search contest, becoming one of the finalists and stood 7th in the competition. She then debuted on SmackDown as a fan favorite, representing a fitness trainer to Rey Mysterio and Rob Van Dam.

McCool also appeared as the manager to the group of K. C. James and Idol Stevens, all in all, known as the Teacher's Pets, in 2006 in the wake of changing her on-screen character to that of an instructor. At The Great American Bash in 2008, she turned into the inaugural WWE Divas Champion, holding the title for around 5-months.

McCool has held both titles on two events, which makes her a 4-time champion overall. In November 2010, she was positioned No. 1 in Pro Wrestling Illustrated's Female 50 in 2010.

On November 5, 2007, McCool appeared on six episodes of “Family Feud” with many other WWE wrestlers and Divas. She also performed on “Project Runway” along with Maria Kanellis, Torrie Wilson, Kristal Marshall, Candice Michelle, and Layla El on February 6, 2008.

On June 3, 2008. Michelle acted on “The Best Damn Sports Show Period” alongside John Cena. McCool also performed in the January 2009 version of “Muscle & Fitness” with Maryse and Eve Torres.

Besides, she Michelle appeared on a superior WWE edition of “Are You Smarter Than a Fifth Grader." In 2012, she performed on “Extreme Makeover: Weight Loss Edition" with Eve Torres and Kelly Kelly.

In 2016, former two times WWE Divas Champion McCool stated on her Instagram account that she suffered from skin cancer as she didn't wear enough sunscreen due to which holes had to be cut out from her skin to save her life.

McCool was married to her high school boyfriend, Jeremy Louis Alexander on 5 November 2001.However, the couple has no children together. The couple separated on 14 October 2006.

After her divorce with Jeremy, McCool married WWE superstar, The Undertaker real name Mark William Calaway on 26 June 2010 in Houston, Texas. It was stated that they were expecting their first child on August 1, 2012. The adorable duo was blessed with a daughter named Kaia Faith Calaway on August 29, 2012. McCool began dating The Undertaker in late 2007. Now the couple has been married for more than six years and is living a very happy life.

The two times WWE Women’s Championship Michelle McCool has an estimated net worth of $3.5 million dollars.The majority of her income came from her wrestling career and her career as a fitness trainer.

The former wrestler Michelle McCool was married to her high school boyfriend, Jeremy Louis Alexander on 5 November 2001. However, the couple has no children together and divorced on 14 October 2006.

Second Marriage with The Undertaker

After the split from Jeremy, Michelle McCool married WWE superstar, The Undertaker on 26 June 2010 in Houston, Texas. It was stated that they were expecting their first child on August 1, 2012. They had a daughter named Kaia Faith Calaway on August 29, 2012.

Michelle McCool and Mark William Calaway famously know by his stage name The Undertaker had their daughter Kaia Faith on August 29, 2012.