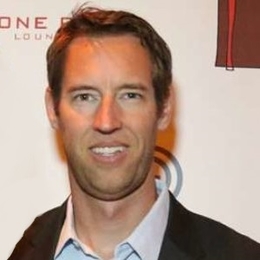 Mike Wickham is famous among people as the husband of an American sportscaster Heidi Watney. Besides Wickham is the director of the baseball operation at Miami Marlins LLC since 2010. He also formerly worked for San Diego Padres.

Marital Relationship With His Wife

Mike Wickham lives a blissful married life with his spouse Heidi Watney, an American sportscaster who is the current host and reporter for MLB Network. They dated for a few years before getting hitched; however, the details about when they first met and began dating are still concealed. 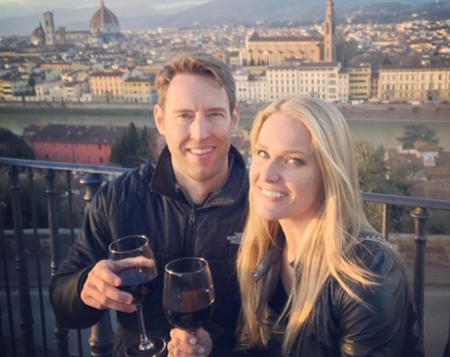 A new year's eve is a special day and a joyful moment for all. Besides, for the director of Miami Marlins LLC, Wickham and his lover, the eve of 2015, was even more special as they married on the following day. They exchanged vows on 31st December 2014.

The special day took place at a beach in the presence of their close friends and family. Heidi revealed the news of their wedding via Instagram by sharing a lovely picture. Wickham looked stunning in a black tuxedo, whereas the bride walked down the aisle wearing a beautiful white gown. 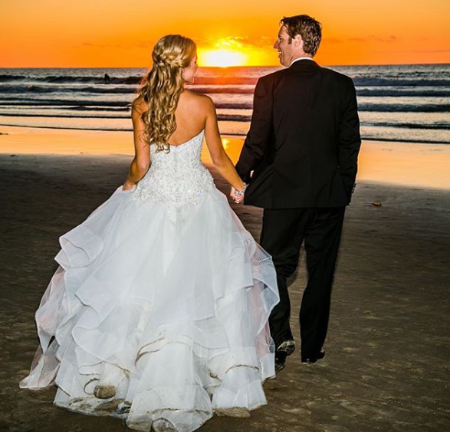 Mike Wickham and his spouse Heidi Watney on their wedding SOURCE: Instagram (@heidiwatney)

For the honeymoon, the newlyweds went to Bora Bora. Wickham and his partner are together since their wedding. They often spend time together whenever they are free and the two likewise do not miss to wish one another on special days.

So far, they haven't been part of unwanted rumors and controversies regarding their divorce and extramarital affairs.

Pregnancy And Birth Of A Baby Boy

Both Heidi Watney and Mike Wickham's sons are extraordinarily handsome and endearing, a blessing that has been bestowed upon the couple. Both of them go by the names Jax and Chase Dustin Wickham. 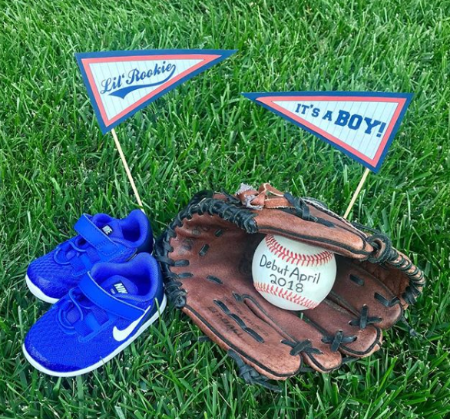 Heidi made the happy announcement that she was expecting her first child back in November of 2017. On April 25, 2018, the couple became parents for the first time to a son named Jax Wickham. As of the year 2022, he will be 4 years old.

Heidi gave birth to her second child, a son, on December 21st, 2020, and he was given the name Chase Dustin Wickham. Chase was a healthy baby who weighed 7 pounds, 11 ounces and measured 21 inches when he was born. As of the year 2021, he is not yet one year old. 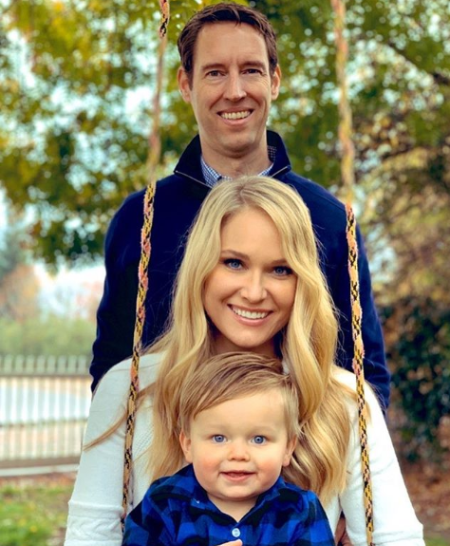 Heidi Watney with her husband and son SOURCE: Instagram (@heidiwatney)

In addition to that, Heidi is constantly posting wacky anecdotes about her parenting adventures on Instagram. Watney's career is difficult to manage because she has two children who are younger than four years old. However, the Wickhams handle everything very capably. In general, Watney has a wonderful family that is always full of laughter thanks to her children.

On the other hand, his spouse Heidi Watney makes a fruitful income from her career as a sportscaster. She is the current host and reporter for MLB Network. Watney holds an overall net worth of around $2.5 million as of 2022. Nicole Manske and Heather Cox are famous American journalists.

Jax Wickham is the son of Mike Wickham and his wife Heidi Watney, an American sportscaster.

Chase Dustin Wickham is the son of Mike Wickham and his wife Heidi Watney, an American sportscaster.