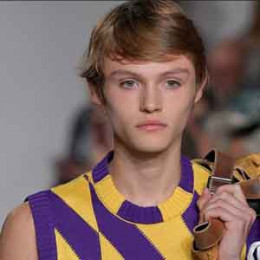 The celebrity kid Mingus Lucien Reedus is the son of Walking Dead actor Norman Reedus and former Victoria Secret model Helena Christensen. After his parents divorced in 2003, he started spending time with his grandmother who used to feed him cuisines like oysters and Moroccan-style chicken. As for his profession, he has followed his mother's footsteps and is working as a model. Reedus did his first ramp walk clad in Calvin Klein design in 2017 New York Fashion Week.

Mingus Lucien Reedus was born on October 13, 1999, in Copenhagen, Denmark. He was named after a jazz bassist Charles Mingus. His mother Helena Christensen is a model while his father Norman Reedus is an actor. Reedus parents later separated after five years of marriage divorcing in 2003 and that time their son Reedus was just four years old. Even after their separation, they stayed in good terms to take care of their son. They got to events together with their son like a small happy family. 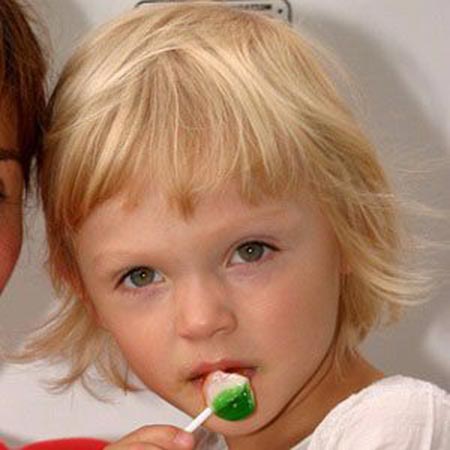 His parents moved on and starting living their individual lives after the divorce. Reedus spent most of his time with his Peruvian maternal grandmother who made him some international cuisine like oysters and Moroccan-style chicken.

The celebrity kid Reedus is working as a fashion model following his mother's footsteps. He was offered a lot of acting roles but he denied and chose to do modeling instead. 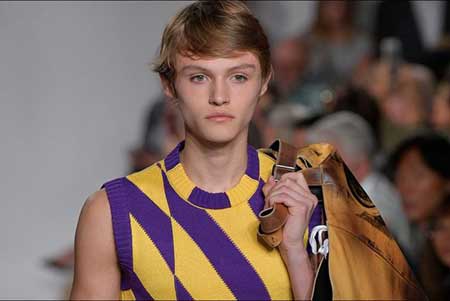 Reedus did his first catwalk in 2017 at the New York Fashion Week where he wore Calvin Klein designs. We might see Reedus in his new modeling venture soon.

Mingus Lucien Reedus is a teenager and since he has just started working as a model, his net worth is not estimated. However, being the son of celebrity parents he lives a luxurious life. His father Norman Reedus who is an established actor has an estimated net worth of $18 million and takes home $650k per episode for a series.

In 2016, his movie Triple 9 where he portrayed the role of Russel Welch earned a box office collection of $25.9 million. The same year he grabbed $550k per episode salary for his appearance in the series, The Walking Dead and in 2017 salary per episode was $650k. Reedus' mother Helena Christensen who was a former Victoria Secrets Model has a net worth of $8 million. She has done campaigns for big brands like Karl Lagerfeld, Sonia Rykiel, Versace, Revlon, Chanel, Valentino and many more.

Mingus Lucien Reedus is not involved in a relationship with anyone at the moment and he isn't married as well. Despite being a celebrity kid he isn't present in the social media sites. He lives a low-key life and says he doesn't want to be famous as he feels it will spoil him. 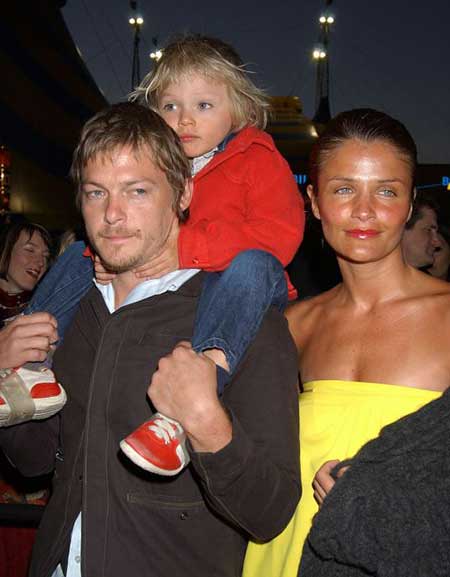 Mingus Lucien Reedus with his mother and father
Source: WikiNetWorth

Reedus is not active on any of the popular sites like Instagram, Facebook, Twitter and seems like he is using social media in an undisclosed name. Reedus is a charming boy and has the looks to kill. He stands a height of 6' feet with blonde hair and light brown eyes.

Here is a video of Mingus Lucien Reedus.