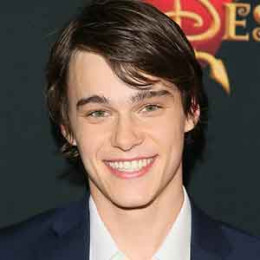 The Australian actor Mitchell Hope rose to fame after appearing in the Disney Channel's Musical Television movie named "Descendant". It, later on, went on to rank number 2 on the Disney Chanel Original movie of all time. He debuted in the entertainment industry in 2012 from two short movies namely "Down the Way" and "Yes Mum." Besides he appeared in the series, "Never Tear Us Apart: The Untold Story of INXS" where he portrayed the role of Young Tim.

Mitchell Hope was born on June 27, 1994, under the birth sign Cancer in Melbourne, Australia. His mother named is Lisa. 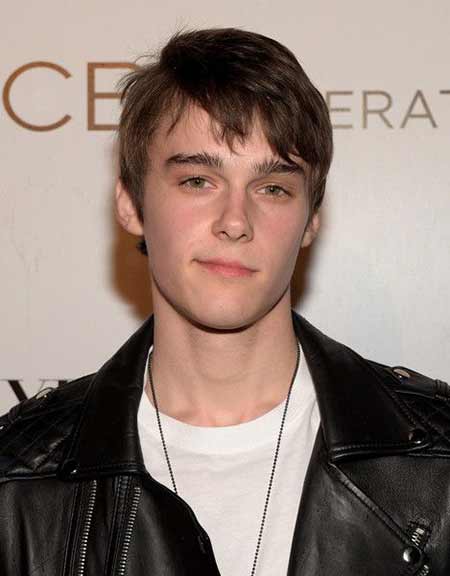 He belongs to Native Australia and white ancestry. He grew up with his two brothers Jonah and Tobias in Melbourne.

The Australian hunk Mitchell Hope is an actor and model who has appeared in many movies and series. In 2012, he appeared in short films like Yes Mum and Down the Way where he portrayed Ryan and Jonno respectively. The following year he was seen in the mini-series named Never Tear Us Apart: The Untold Story of INXS playing the role of young Tim.

His acting skills were liked by everyone and even complimented for natural acting style and charming personality. He was about to quit acting since his career wasn't growing as expected but after sending a self-taped audition of himself to Disney, he got called by the channel.

Later on, in 2015 he was cast in the Disney Musical fantasy Television series named Descendants to play Ben opposite, Dove Cameron. His character was loved by the audience and he gained immense fame. In the movie, he portrays the teenage son of Beast and Belle which was played by Dan Payne and Keegan Connor Tracy. Descendant went on to rank at number 2 on Disney Chanel Original movie of all time. 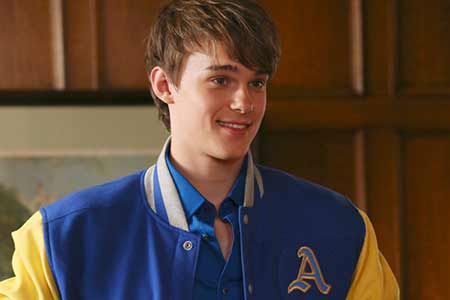 He was also a part of its sequel Descendant 2 which was released in July 2017. Its third sequel is set to be released in 2019. His other co-stars in the movie include Sofia Carson, Cameron Boyce and BooBoo Stewart.

The Australian actor's net worth is not estimated and is still under review. His major source of income is from his career as an actor. He is a part of the Disney Movie Descendant whose third sequel is set to release in 2019. The average salary of an actor in the United States ranges from $45,642 and $62,624. On an hourly basis, an actor can earn around $10.90.

The Descendant actor is currently dating the actor, writer, and producer, Tayla Audrey. She has appeared in the 2014 movie On the Wall. However, the exact date as to when they started dating is not clear but in 2012 Audrey had shared a photo with the actor stating him as her crush so the romance might be kindling from then. The couple showed up on the premiere of his movies Descendant and Descendant 2 and graced the red carpet together. 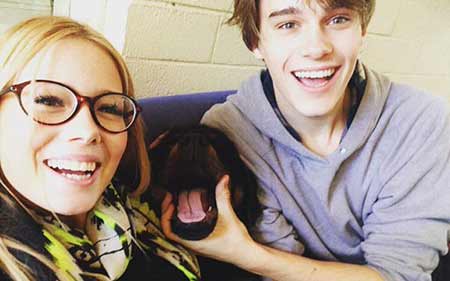 Mitchell Hope with his girlfriend Tayla and their baby dog Harvey

Despite their busy schedules they try to maintain their long-distance relationships by making time for each other on special occasions and supporting even from a far distance. They have a dog named Harvey. Hope & Audrey are seriously couple goals.

Hope is pretty close to his Descendant co-star Dove Cameron and they consider each other best friend. They share a very deep friendship bond and help one another out in the movie sets.

hot enough for ya?

He is pretty active on his social media handles. Hope has around 1 million followers on his Instagram and 195k on his Twitter. While his girlfriend Tayla Audrey has 18.5k followers on her Instagram.

He is a good looking man who stands a height of 5'9 feet and has green eyes. Hope has a pretty huge fan following which mostly includes girls who are crazy over his well-built body with abs.