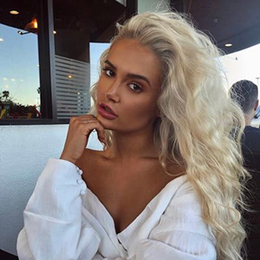 Internet Personality "Molly-Mae Hague" came to prominence after participating in the reality show, "Love Island". Her popularity skyrocketed after the show and is now a household name.

Molly-Mae Hague is currently dating her Love Island co-star Tommy Fury. The couple came second on the show, as they lost the finals to Greg O'Shea and Amber Gill. 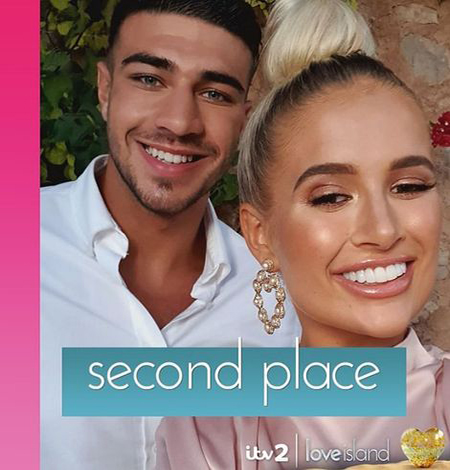 Molly and Tommy got interested in each other very early on the show and coupled with one another. Though they were coupled, soon, they started showing interest in other contestants. 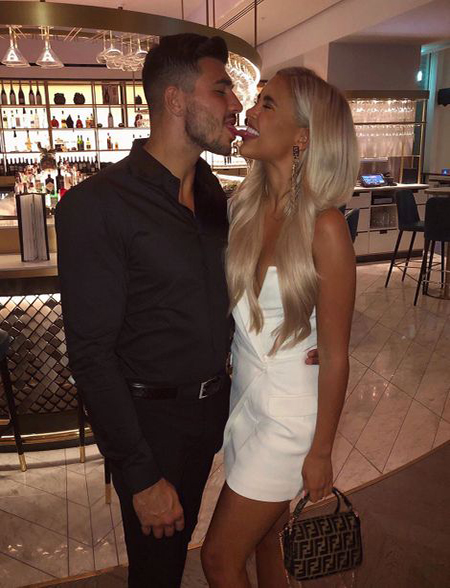 After the show, Molly and Tommy were not seen in each other social media, so many thought they had broken up. However, the speculation turned out to be false as they are still very much in love and are even planning to move in together. On top of that, they were seen kissing in front of Bluewater Shopping center in Kent, UK.

Molly, a social influencer got many dating proposals through Instagram. She even went to dates with a few of them. She especially was pretty famous among footballers and once was in a relationship with footballer James Maddison. She explained her affair with James was one of her worst dates.

''One time I got asked to go to this guy’s house and he said he'd pay me the money back for my taxi there. He was a footballer and he lived a long way away from me. When I left I told him to just transfer me a quarter of the cost, trying to be polite and he fully did! Even though he asked me to go and he was a Premier League footballer who could totally afford the whole cost!''

The relationship moreover did not last long, and they broke up soon. Following the separation, she then dated DJ Nathan Dawes just a week ahead of entering the villa.

Molly-Mae Hague is a reality TV star and a social media influencer. She holds a decent sum of net-worth.

Net-worth and Earnings from the reality show

Hague's overall net worth is $150,000-$300,000. She earned a considerable amount of fortune from appearing in reality show Love Island.

Check the video below, where Molly discusses her experience in Love Island and her newfound fame:

On 22nd August 2019, the diva landed a major clothing deal with retailer PrettyLittleThing for worth £500,000 or $553,425. It was reported that she landed the biggest paycheck.

Currently, she has become the company’s latest brand ambassador, which means she is following the footsteps of some giant names, including Kylie Jenner, Kim Kardashian, and Hailey Baldwin, among others.

The star furthermore owns a YouTube channel Molly-Mae which has over 442,094 subscribers. She earns $8.4 thousand-$135 thousand a year from YouTube revenues.

The 20-year-old recently provided a glimpse of her luxury apartment through her Instagram.

Feels good to be home

The house which is located in the city of Manchester has floor-to-ceiling glass windows, wooden flooring, and stylish table and chairs. The average price of a home in the Manchester area is £196260 ($238,474).

Some of her favorite brands, including Gucci, Chanel, and LV. Further, she is an iPhone user. 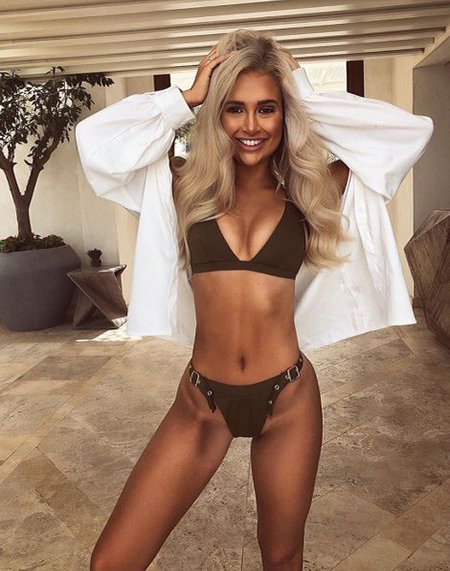