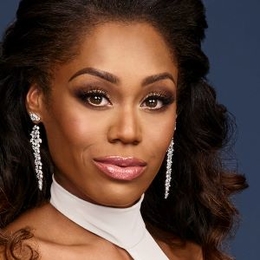 Former real estate associate Monique Cox gained limelight after she married a retired American footballer 'Chris Samuels'. After marriage, she established herself as a sucessful reality TV star and an entrepreneur. At present, she is best known as one of the housewive from the show "Real Housewives of Potomac."

Monique Wedded Her Long-time Boyfriend In A Dream Wedding

"The Real Housewives of Potomac" Monique Cox is happily married to retired football player Christopher Samuels aka Chris Samuels. The couple tied the knot on 3rd March of 2012 at Ronald Regan Building in Marriott Washington DC. 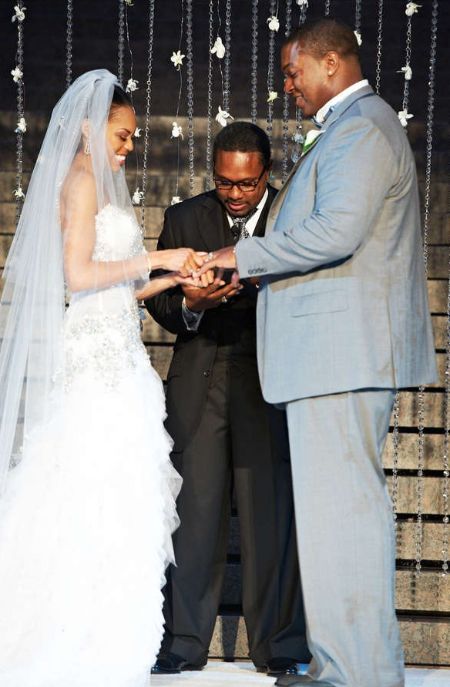 Chris and Monique Cox at their wedding. SOURCE: Regeti's Photography

The color theme of the wedding was white and gunmetal, so the whole venue was filled with items of these colors. Furthermore, the hall was filled with crystal to give a dream-like feeling.

Outfits And Activities Of Marriage

The couple matched their outfits to the theme of the wedding. The groom wore all grey suit with a white shirt underneath. Meanwhile, the bride chose an embellished white gown with a sweetheart neckline. Furthermore, her look was enhanced by Christian Louboutin spiked crystal heels.

The lavish nuptials included various festivities including dance from the newlyweds. The fun-filled evening was attended by 350 guests including Redskins owner Daniel Synder and retired footballers like Marcus Washington, Fred Smoot, and Shawn Springs.

After being pronounced as husband and wife, the lovebirds went to the Maldives for their honeymoon. Recently  Sophie Turner and her husband Joe Jonas also spent their honeymoon in the island country.

The journey from Friends to Life Partners

The New Jersey native first met her future husband when she moved to Washington, DC, to pursue her passion for music. The aspiring musician was introduced to Samuels by a business associate as the Washington Redskins player was planning to start a music label. 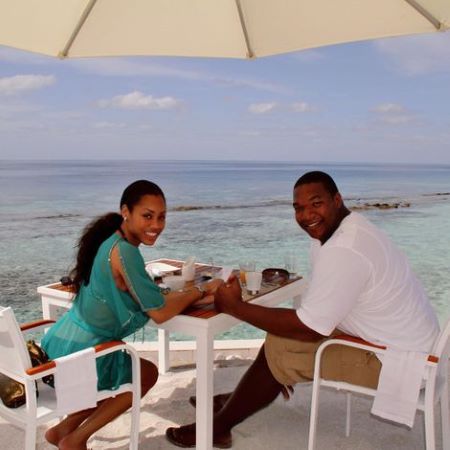 Chris moreover was attracted to the brown-eyed beauty on the first meeting only, and he boldly asked her if she was dating. At that time, the 5-feet 9-inch singer was in a relationship with some guy, so she answered yes. After knowing she was taken, the footballer did not pursue her romantically but promised to remain in touch.

For the next three years, the couple stayed in touch and became friends. Furthermore, they would go to clubs and parties together. Since Monique had already broken up with her ex-boyfriend, so she had enough time to spent with him. They felt no hesitation to party until dawn or going on a fishing trip to his Virginia home.

After Being Friends For Months, They Finally Started Dating

After being a close friend for over a year, Cox began to realize that her feelings for him are more deep-rooted than she thought. But she was afraid to lose him, and life without him felt impossible. Similarly, Chris was also enjoying companionship with her. He was shocked that he found a female person who shares similar hobbies.

Though the feelings were mutual, the best friends were afraid to say anything because of the fear of losing their friendship. Finally, the former college footballer took courage and expressed his feelings to her. With that, the black-haired beauty and the University of Alabama alum began officially dating.

After a few years of dating, Cox decided that she wanted more in their relationship and asked the Alabama native on his views on marriage. Chris, who grew up in a family of an unsuccessful marriage, however, was not ready for that commitment. He mostly considered marriage as a recipe for misery and did not want to ruin the good time he and Monique were having.

Samuels, who is a devout Christian, later changed his views on marriage when he saw a dream where three young women were telling him that he and Cox look good together.

Considering his dream as a sign of God, the former NFL player finally proposed to his long-time girlfriend. Samuel popped the question with the cushion cut platinum ring on the New Year day of 2011 in their backyard. Cox was shocked by his proposal, and she said yes with tears rolling down her cheek. 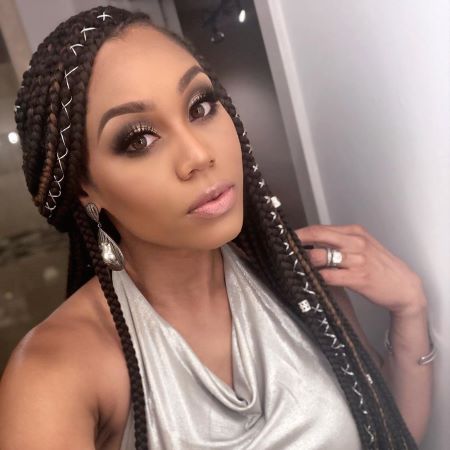 Monique on their engagement night promised him that she would make him the happiest man on Earth. She further said that the misconception he had about marriage will be thrown out of the window.

Well, the couple is now happily married for over seven years, without any troubles. So,  it is safe to say, Mrs. Samuels, fulfilled her promise.

Monique Is A Mother To Beautiful Kids

The reality TV star Monique and her husband are blessed with three children. Their first child shares the same as his father and is called Christopher Samuels. Similarly, the second baby is named Milani Samuels. 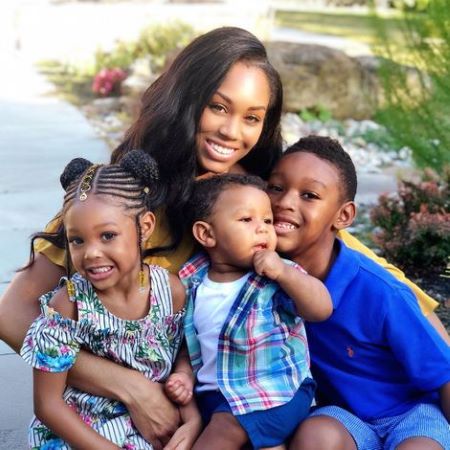 The couple's third child Chase Omari Samuels was born on November 26, 2018, at 4:56 p.m. His birth journey was shared by the couple on their show.

Check the video below where Monique is giving an update on her baby bump.

The baby and mother did not suffer any complication during childbirth, so it came as a shock to the celebrity parents when the doctor informed that their newborn suffers from inguinal hernia. Since the disease is easily treatable, it was repaired in April 2019, after four months of his birth. The surgery to fix hernia was originally thought to take 30 minutes, however, the procedure took the unexpectedly 2 hours.

Thankfully, the procedure was completed without any difficulty. The happy mother posted an Instagram story of her recovering son and thanked her fans and her fellow Housewives who prayed for them.

This was not the first medical scare for Chase. During eight week of pregnancy, Monique suffered a severe complication. There was a tear in the placenta that was causing subchronic hemorrhages. Thankfully, the condition was detected early, and the miscarriage was avoided.

The "Not for Lazy Mom" podcaster, however, was not lucky with her pregnancy in 2017 as it ended in miscarriage. The miscarriage was a big wake up call for her as she was not prepared for it. She had two healthy pregnancies in the past, so she never thought she would suffer this kind of loss.

For the Television personality, the loss of her unborn baby was unbearable; however, she was not discouraged from being pregnant again. She continued to expand the family, and fortunately, her next pregnancy was sucessful, and she gave birth to healthy baby Chase.

She Is No Less Than A Superwoman

Monique has managed to have a successful career alongside happy family life. She can achieve this feat by not overwhelming or over-committing herself. She says it is best to know your limits and develop the capability to say "No."

Monique has a strained relationship with her mother-in-law, Shirley Samuels. Even the viewers of her show got to see the frayed relationship between them when the reality show's mother-in-law came for dinner in her house. She was always throwing shade at her.

The star, however, has never let her bad relationship with her in-law to affect the family dynamics. She always encourages her husband to communicate regularly with his mother. Furthermore, she tries to spend the holidays together so that the children became more close to their grandparent.

The Actress Was Speculated To Have Drinking Problem

In May 2018, Cox suffered a minor car accident near Nemacolin Woodlands Resort in Pennsylvania. She did not suffer any physical injuries; however, this incident injured her reputation.

After the news of the incident, fellow "RHOP" cast member Ashley Darby gossiped that Monique is drinking more than usual nowadays. With that information, other house members began to speculate that she might have a drinking problem and intoxication was the cause of the accident.

Monique was disappointed with her friend for sharing such baseless rumors. She, furthermore shut down those speculations when she came on the show "What Happens Live with Andy Cohen." Talking to Andy Cohen, she stated that she do not have a drinking problem and her tiredness caused the accident.

Ashley, however, stuck to her original comment and repeated that she is drinking heavily. She, further added that she shared information as she is genuinely concerned for her and had no plan to bring shame to her.

Monique Cox is a Millionaire

The Duquesne University dropout is an entrepreneur, and reality TV star and holds an overall net-worth of $4 million. She is an owner of PROssistant who also manages her husband’s businesses, which include a real estate investment company, a business enterprise, and the Chris Samuels Foundation. 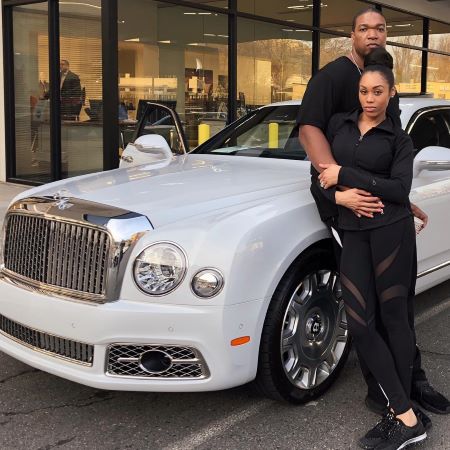 The millionaire's husband is a millionaire himself with a total fortune of $17 million. He earned most of his wealth from his football career. His contract with the football team Washington Redskins was of $47 million.

The couple reportedly owns five real estate properties across the country. However, their most famous abode is their 12,000 sq feet mansion in Potomac, Maryland. On average, the house in Maryland ranges from $500,000-$3 million.

Chris Samuels is a retired footballer player. He and Monique first met in Washington D.C. in a business meeting. They became friends first and later lovers.

Christopher Samuels is the son of reality Tv star Monique Cox and Chris Samuels. He has two siblings.

Milani Samuels is the daughter of reality Tv star Monique Cox and Chris Samuels. She has two siblings.

Chase Omari Samuels is the youngest son of Monique Cox and Chris Samuels. He suffered from hernia at a young age.