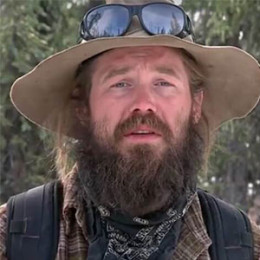 TV personality Morgan Beasley loves to live as a nomad. University graduated man, Morgan chooses an isolated life rather than urban living. He gained fame after he was cast on the reality show named Mountain Men. After working on the TV series, he has earned an impressive amount of net worth. He is quite secretive when it comes to personal life.

The cast of Mountain Men, Morgan Beasley was born in the United States of America. The information regarding his date of birth is unknown. 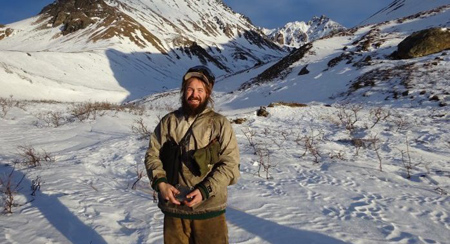 Morgan holds the American nationality and belongs to White race. He has a sister named Jill Beasley who is a medical Sales Recruiter and always supportive towards him. Morgan talks very little about his family and likes to keep the information secretive.

Besides, he is an educated man and holds a degree in Environmental Science from the University of Idaho.

Rather than pursuing a career in the Environmental science field, Morgan prefers to live stone-age life. Therefore he chooses a life of mountain instead of working in an office.

Morgan chooses the difficult life of the mountain of Alaska where he lives technology-free life. He is also the first person to grow garlic in a harsh and cold climate.

Morgan Beasley sitting next to a fire.

Furthermore, Beasley started his television career in television in the 4th season of the reality series Mountain Men which aired on History Channel, which also features other reality stars likewise Eustace Conway and Tom Oar.

He also works for a tourist organization named Apricity Alaska Wilderness Adventure, which is specialized for providing trips and adventure for the customers.

The TV personality Morgan Beasley earns a salary of $200,000 from the show Mountain Men. According to this state, we can say his net worth is $1 million.

Moreover, he also acquired land of 37-acre in Alaska. Other sources of his income include Apricity Alaska, which he partnered with Margaret Stern.

Morgan Beasley isolated himself away from the people, due to which he is still unmarried and possibly single at the moment. However, the rumors have been broke through the internet that star dated his fellow cast member Margaret Stern and married to her.

Stern is a botanist, baker, and farmer who also live in Alaska. Similar to the mountain man she also chooses seclusion rather than a connection with the outer world. They together partnered on Apricity Alaska which is a self-sufficient agricultural homestead. However, they haven't confirmed their relationship

Beasley measures the height of 5 Feet and 10 inches. However, his exact body measurement and weight are unknown.