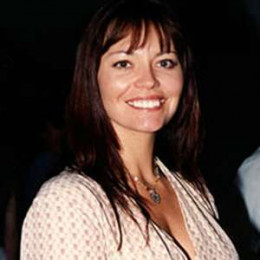 Actress and model, Musetta Vander is best known for her roles in science fiction and fantasy films. She earned a BA in Communications and Psychology.

Musetta began her first notable role as Zander Tyler in the action-adventure TV series named 'Super Force'. In 1999, she had a supporting role in Barry Sonnenfeld's film 'Wild Wild West', she played an assistant to Kenneth Branagh's character, Dr. Loveless.

Musetta also played Robert Duvall's character's wife in the comedy show named 'Kicking & Screaming' and co-starred alongside Rade Serbedzija and Faye Dunaway in 'Say It in Russian'.  Musetta played the lead female character in 'Breaking Point', a thriller along with Tom Berenger and Busta Rhymes. She always worked in the spoof/comedy named 'Transylmania'.

In 1998, she worked as Lady Elara, one of the lead characters in Dune 2000, a real-time strategy video game.

In 2002, Musetta reprised her role for the sequel called 'Emperor: Battle for Dune'. Apart from acting, she is also a Master of Medical Qigong Therapy and Medical Qigong Oncology.

Musetta worked on Ken Reid's TV Guidance Counselor podcast on 31st August 2016. She also featured in many magazines, including a 'pictorial in Maxim' and a 'cover on Details'. Musetta also played Tom Sizemore's love interest in the indie film called '5 Hour Friends', directed by Theo Davies.

Vander has a huge net worth and salary. She earned all her fortune from acting and modeling career.

Musetta Vander married her love Jurer Meister on 25 December 2018. The couple chose the most wonderful 'Christmas' to tie the knot.

She shared the good news via Instagram. Have a look:

The newly married couple definitely has wonderful plans to celebrate new life in the new year 2019.

South-African actress and model, Musetta Vander married her longtime boyfriend Jeff Celentano, an actor-director, and writer in the year 1998.