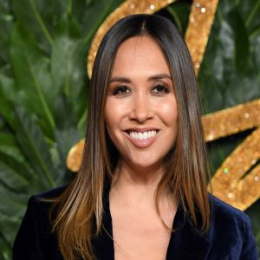 British singer, television personality, and model, Myleene Klass is best known as the member of the pop band Hear' Say. She is also popular as the presenter of Popstar to Operastar (2010–2011) and BBQ Champ (2015) on ITV and The One Show (2007) on BBC One.

Who Is Myleene Klass' Boyfriend? Know About her Husband, Children

Myleene Klass is currently dating her longtime boyfriend, Simon Motson. Motson is the creator of a fashion accessories brand, and owner of Ley Line Studio, which is based in Putney. The couple started their romantic fling three years back and are henceforth inseparable.

Well, the pair first met through a friend back in 2015 but only went public with their relationship in May 2017. Moreover, Myleene welcomed her first child with her beau, Simon, on August 1, 2019. She happily shared the news with her fans sharing a pic on her Instagram account.

Klass moreover announced her pregnancy news on occasion on Valentine's day in 2019. However, Myleene is not being the mother for the first time as she had two children Ava Bailey Quinn,11 and Hero Harper Quinn,8 with her former husband, Graham Quinn.

Today was a huge day for me and my girls. We performed together for the first time in public in front of HRH Prince Charles. I am often asked what age I’d recommend teaching a child the piano and have taught my own girls since they were tiny but some children will never have the chance to see or play a piano in their lives. I was taught music at the state schools I attended and after that at the Royal academy of music and only then because I won a scholarship. The current cuts to the arts are frightening. Children of all ages and backgrounds should have the opportunity to learn music. Regardless of future occupation, it teaches important life skills, patience, determination, listening and team work. Science and Maths are no more important a subject than Music. Infact, they all go hand in hand. I will continue to support and protect the arts in state schools and for future generations in any way I can. #childreninthearts

Simon further is also father to two children from his previous marriage. Further, details about his marriage or divorce are yet to be disclosed. Whatsoever, Klass is currently living a blissful life with the love of her life, Motson, and their five children.

How Much Is The Net Worth Of Myleene Klass?

Myleene Klass amasses the net worth of around $15 million mainly from her singing career. Additionally, the singer in the United Kingdon earns $33020.31 per year. So considering her career graph, she gets the same figure like any other singer.

Myleene started her singing career at quite a young age; however, she only gained popularity as a member of the band Hear' Say. She released many hits with her bandmates, Kym Marsh, Noel Sullivan, Danny Foster, and Suzanne Shaw.

Klass makes a good fortune from her modeling career. She worked with famous brands and magazines like Loaded, Maxim, Littlewoods, and so on. Likewise, the 41 years old also worked as a presenter for ITV music show CD: UK, BBC's quiz show Mastermind, I'm a Celebrity... Get Me out of Here! and many more. She also appeared on Friday night show with Jonathan Ross!!!

Myleene even worked in movies like Igor (2008), My Family (2000) and Lemon La Vida Loca(2012). Besides, she also took part in reality series I'm a Celebrity...Get Me Out of Here! which lead her to a most searched celebrity on search engine MSN/Live Search. 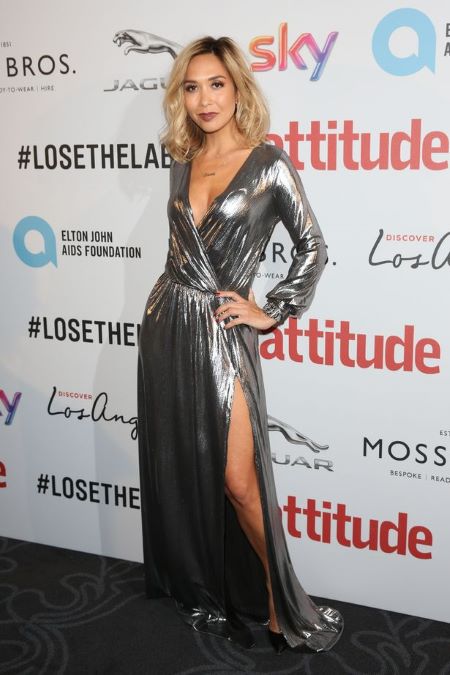 Myleene Klass tied the knot with her long-term boyfriend, Graham Quinn. Their marriage lasted for only six months.

Myleene Klass gave birth to her first child as a daughter, Ava Bailey Quinn with her former husband, Graham Quinn.

Myleene Klass gave birth to her second child as a daughter, Hero Harper, on 25 March 2011 with her former husband, Graham Quinn.

Myleene Klass welcomed her first child with her beau, Simon on August 1, 2019. The name of the child is yet to be disclosed.