Storage War fame TV star, Nabil Haniss came to prominence after purchasing Paris Hilton storage box at a foreclosure sale and sold it for nearly $10 million in 2007. She debuted in Storage Wars in the second season and featured till the fourth season.

Nabila Haniss was born on October 22, 1965, in Culver City, California under the birth sign of Libra. In 2005, she started attending foreclosure auctions as a part-time job along with her bother. She approached by A&E to starred in Storage Wars in 2009 but she refused the offer.

Later, Haniss decided to become the part of the show as a recurring role from its second season to fourth. The series follows a group of buyers and auctioneers who visit storage facilities throughout the state and bid on goods. 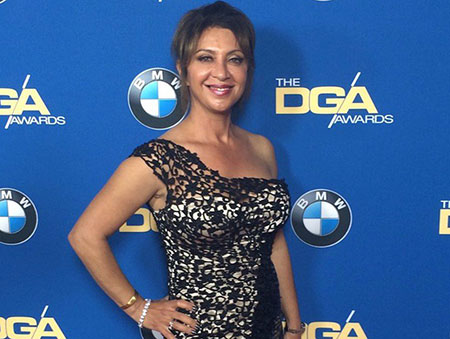 Haniss shared an uneasy relationship with many of her co-stars and she referred them "traveling circus" and resents their intrusion into her "side of town." She appeared in the screen along with Dave Hester, Casey Nezhoda, Ivy Calvin, Kenny Crossley, Barry Weiss, and others.

The TV star, came to limelight after she purchased a storage unit contained Paris Hilton's belongings which she reportedly sold for $10 million.

Nabila Haniss' estimated net worth is $10 million. She was the recurring cast in the Storage Wars and made $30,000 per episode.

In 2006, Haniss purchased a storage box without realizing it belongs to Paris Hilton for $2.7k. Later, she sold the box for $10 million to a man who created the site, Parisexposed.com. The box contains Hilton diaries, nude photos, family videos, and medical records.

Unfortunately, after a year, Paris sued Haniss and man for $10 million damages claiming the storage box was bought illegally. But due to the lack of strong evidence from Hilton's side, Haniss won the case.

Nabila Haniss is happily married to her high school sweetheart since 1986. The duo tied the knot in an intimate family ceremony. Due to her quite secretive nature, she prefers to keep her private life low key.

As per some online sources, Haniss' husband is a banker and the duo shares a daughter. She is quite active on Facebook where she garnered more than 14k+ followers and on 25k+ followers on Twitter.

He is best known as the husband of Nabila Haniss from Storage Wars. The duo shares a daughter.

She is best known as the daughter of Nabila Haniss from Storage Wars. She is grown up now.