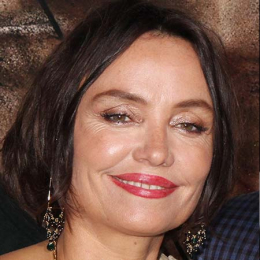 Nadia Conners grabbed the limelight after marrying the famous American actor Walton Goggins. She is also popular for working in 2007 film named "The 11th Hour". She co-directed the movie along with her sister Leila Conners Petersen. Her husband was nominated in the Primetime Emmy Awards for his work in the FX series named "Justified".

Nadia Conners is married to the famous American actor Walton Goggins. The pair shared the wedding vows in August of 2011 after dating for several years. Moreover, the wedding was held in a private ceremony among their close friends and family.

The duo shares a good bond and is together from nearly a decade. Further, they are about to celebrate their eight years of a marital relationship. What's more, the couple is a blessed parent to their only child who is a son named Augustus who was born in February 2011. In fact, their seven-month son served as best man during their wedding ceremony.

During an interview with Military.com in September 2011, he stated that love and honesty is the real gift. He said,

"I would absolutely agree with that statement that to be in a relationship with someone who has something profound to say about everything, that's a real gift to have that in your union. I do believe, ironically, that love is the great releaser. There's a reason why the song goes, 'all you need is love, all you need is love.' It's powerful and maybe it's just that simple."

"Even for Boyd Crowder, who has been living his life a number of ways only for him to find love and that be the greatest lesson of his life and to the greatest gift in his life. For that to happen to him, the irony is not lost on me and I think the same thing applies to reality. You know, we all want to be loved."

She is happily living her marital life and the relationship between them seems smooth as there is no sign of divorce between them.

What is the Net Worth of Nadia Conners? Know about her Earnings and Salary

A walk thru Regents Park.... ramblers in a desperate need to ramble together. My loves. @nadiasomerset

Nadia tried her hands in the entertainment industry working as a writer. She wrote and directed the film like The 11th Hour(2007) and This Is All of Us(2013). Further, she also worked as an actress in one episode of the television series named Tyrant.

She co-directed "The 11th Hour" along with her sister Leila Conners Petersen.

On the other hand, Nadia's husband is a popular Hollywood actor who holds a net worth of $10 million. He is best known for his work in the Academy Award-winning short film Accountant. He has worked with many actors like Ray McKinnon, Paul Rudd, and Evangeline Lilly.

Conners, her husband, and their 8-year-old son live in their two-story brick house in Los Angeles. The house was built in 1922 with Spanish and French touches. In addition to it, the Goggins who purchased a 1960s estate in Laurel Canyon area in 2002 sold it eight years later for $1.1 million.

Conners is a private person about her personal life and does not share much about her early life. Besides, her husband was born in Birmingham, Alabama.

Nadia's husband is an active person on Instagram and often shares pictures regarding his personal life with some related to his profession. In contrary, Nadia has maintained her Instagram account private.

What's more, he was nominated in the for the Primetime Emmy Award for Outstanding Supporting Actor in Drama Series. Further, Nadia stands at a decent height with a pair of brown eyes and black hair.

Nadia Conners is married to the famous American actor Walton Goggins. The pair shared the wedding vows in August of 2011.

Nadia and Walton are blessed parents to their only child who is a son named Augustus who was born in February 2011. Augustus was the best man at his parents' wedding.