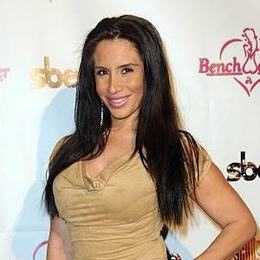 Canton, Ohio native, Nikki Giavasis, is a former American actress. She appeared on a few movies, including Eagle Eye and Don't Mess with the Zohan. Giavasis not only limit her skills on acting, but she also put her hands on entrepreneurship and writing. Besides, she is also one of the famous Instagram stars and influencers.

Nikki Giavasis shares most of the details of her profession and personal life via her social accounts. People are aware of her professional life, and they likewise are eager to know about the former actress' current relationship status. 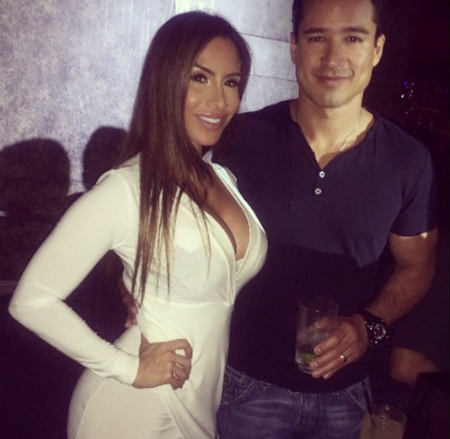 Giavasis shares photos with her male friends and co-workers on her social accounts. She, however, hasn't admitted to dating any of them. Furthermore, she hasn't made any official announcement about having a boyfriend. 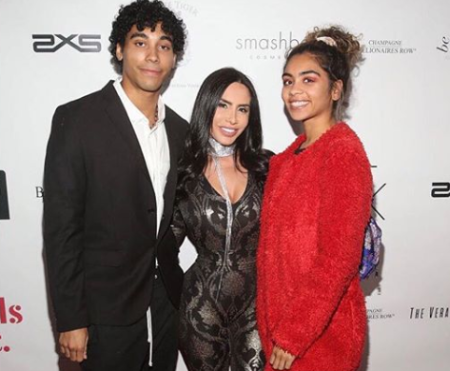 Besides, she is also free of rumors and controversies regarding her affairs. Furthermore, she is not spotted hanging out with any mysterious guy in public. Thus, Giavasis is probably single at the current moment. It seems the star is currently busy focusing on her career rather than being involved in a relationship.

Apart from this, she was once rumored to be hooked up with a former Cleveland Cavaliers player Shawn Kemp. Nevertheless, the author never confirmed officially her relationship with Shawn. 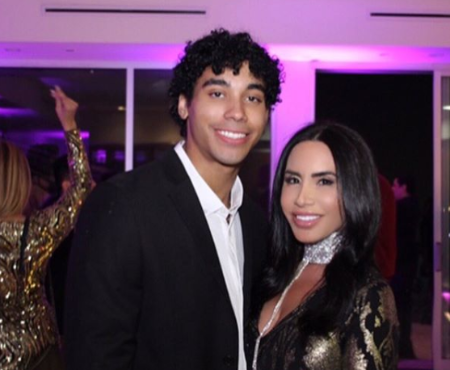 Similarly, she was also said to have dated other few guys, including Jamie Foxx in 2009, Tyson Beckford from 2001 to 2002, and Bobby Cutts Jr. from 1989. Also, she was rumored to have encountered Richard Branson and Dane Cook. But Giavasis never talked anything about those hoaxes.

She Is The Mother Of Two kids

As Nikki Giavasis is single at the current moment, she has two children. She has a son named Jordan Giavasis and a daughter Taylor Giavasis. Taylor is also an Instagram star who got engaged to her boyfriend Nash Grier in 2019 and further has a child, daughter Malakai from their relationship. 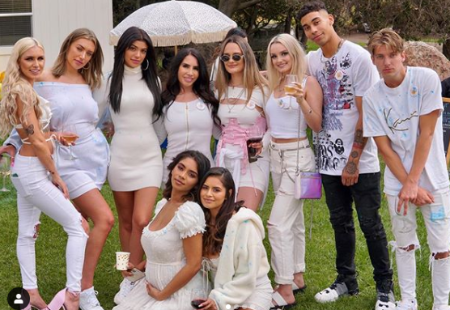 People often question who the father of Nikki's kids is? But to date, Giavasis hasn't revealed the identity as well as other details of the father of her children.

So, did she adopt her offspring? Well, the answer to the question also remains a mystery. Furthermore, there is also no official record of Giavasis' wedding. 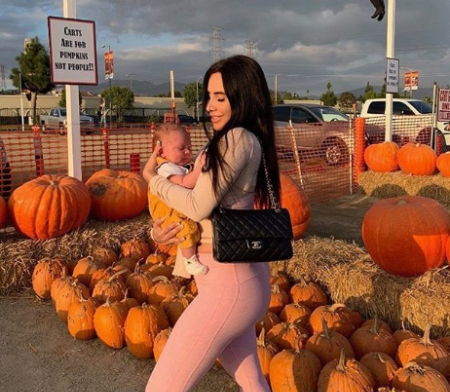 Maybe, the Instagram star Nikki is keeping the details of her partner a secret in order to stay away from unwanted rumors and controversies. On the other hand, she may also be waiting for a perfect time to reveal the truth to the media.

Nikki Giavasis Is A Millionaire!

Nikki Giavasis makes a fruitful income from her multiple careers. Being a former actress, she appeared in a few movies. Her movie Eagle Eye was budgeted for $80 million and made a worldwide gross of $178.1 million. Likewise, her next film, Don't Mess with the Zohan, earned a total of $199.9 million, whereas its production budget was $90 million.

Further, she is also an author and has written three books. As an author, she also sums up some amount of money to her total income. Giavasis is also an entrepreneur and influencer. Forbes even added Nikki to the list of 15 Top Instagram Influencers.

Giavasis has an overall net worth of $13 million. On Instagram, she promotes several products of different brands. In the United States, an Instagram influencer with around 1 million followers gets paid $10,000 per post.

Stay in touch with Marriedwiki for more celebrity Biography and News!!!

Taylor Giavasis is the daughter of an Instagram star Nikki Giavasis born on 10th August 1997.