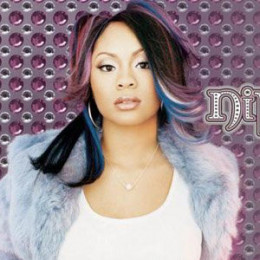 An American singer, Nivea B. Hamilton is mostly known most for her singles "Don't Mess with My Man" and "Laundromat". She released three studio albums and among them one is Nivea. This album was so famous that people started knowing her by the name of Nivea. On September 25, 2001, her self-titled debut album was released in the United States and later in other countries. The album reached the Top 100 of the U.S. Billboard 200 albums chart.

Her personal life is not as successful as her professional life. She has been married once but she was in a relationship with a famous rapper namely Lil Wayne. She has even mentioned that she will die a single woman if she does not get married to him. Although she loves him a lot, the couple has been through breakup twice. Currently, she is single and she has not mentioned anything about her being in a relationship or not.

Nivea B. Hamilton was born on 24th March 1982 in Savannah, Georgia. She grew up as the youngest of three sisters. She sang in a church choir and admired the music of Mariah Carey.

Nivea appeared on Mystikal's hit single Danger (Been So Long) in 2000. She released her debut solo single Don't Mess with the Radio the following year in 2001. She is known most for her Grammy-nominated hit Don't Mess with My Man as well as Laundromat and Okay.

Nivea began dating rapper Lil Wayne in February 2002. On December 11, 2002, the couple got engaged. During an interview in 2003, the singer talked about her engagement and Wayne's proposal. She said:

"Wayne said, 'I got your Christmas present with me and you're gonna love it. It's gonna make you smile. He got down on his knee and he was like, 'I know I'm young, but I've been through enough relationships to know and understand the meaning of what love is."

"He was just perfect. He told me that he wanted to spend the rest of his life with me and he loved me. It was snot and tears at the same time."

Moreover, Nivea spoke of her desires to have a son with the rapper. However, in August 2003, Lil Wayne called off his engagement to her fiancee.

In 2004, Nivea married singer The-Dream. They had three children, a daughter named Navy Talia Nash, and two twin sons named Christian Nash and London Nash. In 2008, they were separated.

After her divorce with her husband, Nivea reconciled with her former fiance Lil Wayne. On October 14, 2009, Wayne confirmed that he and Nivea were expecting a son.

The couple got engaged and later welcomed their son Neal Carter on 30th November 2009. In June 2010, Nivea and Lil Wayne broke off their engagement for the second time.

Nivea's net worth is estimated to be $1.9 million. Her source of income includes her salary and earnings from her career as a singer and rapper. She reportedly earns $235,000 annually. Moreover, she reportedly earned $580,000 from her albums.

Nivea married R&B singer and producer Terius "The-Dream" Nash. However the couple divorced. Nash stated in an interview, "I decided to end it because I didn't want to take her and treat them a certain way based on what I was changing into, based on being bitter." However, Nivea says The-Dream wanted the divorce, not she.