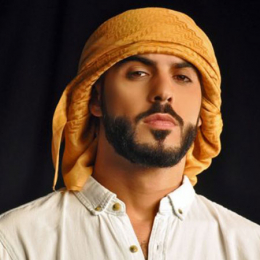 Famously known for a sexy look in the Kingdom of Saudi Arabia, Omar Borkan Al Gala is a poet, actor, and photographer. He appeared in a magazine cover and short movie alongside Navid Negahban. Omar's good look helped him to gets several other projects.

Omar Borkan Al Gala is married to Yasmin Oweidah in 2015. She married to a most handsome man of the kingdom of Saudi Arabia similarly she also equally attractive women. In addition to being the wife of a sexist man of Dubai, she is a fashion designer and attended the ESMOD French fashion University in Dubai.

Omar and Yasmin dated for long periods but they kept a relationship private until they got married. Their relationships started from Jordan and both are originally from Jordan.

Besides that, Gala and his wife welcomed a beautiful child Diyab Borkan in 2016 after 1 year of marriage. Similarly, the child is also as charming as their parents and the whole family lives in Canada.

We took this picture couple days ago.. we spent the whole day at @atlantisthepalm #qualitytime #happydays

Omar Borkan Al Gala was evicted from the Kingdom of Saudi Arabia considering his sexy look alongside three other men. He said that he has not done anything damaging and continued to post his photographs on social media.

While taking a quick glance at Gala's Instagram, he has massive followers on Instagram with 1.1 million followers. The most handsome man in Saudi grabbed a huge fan following from his incredible physique and personality.

What is Net worth of Omar Borkan Al Gala? 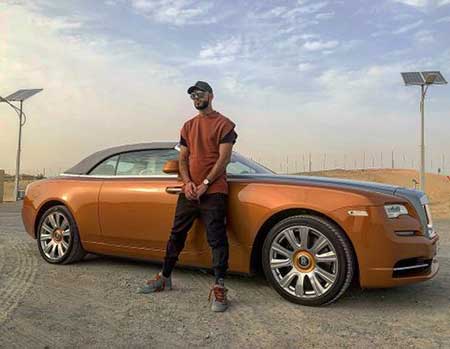 Today was a good day #Dubai.

Gala signed a contract with Samsung and he was paid a good amount for endorsement. Similarly, he participated in promoting the company’s Galaxy S series and the Galaxy Camera 2.

Eventually, Omar good look helped him to accumulate enough wealth. In addition, his acting and modeling career supported him to collect decent income to improve his lifestyle.

Omar Borkan Al Gala was born on September 23, 1989, in Baghdad, Iraq. Later, Gala's family moved to Dubai and he spent his childhood in Dubai. Besides, he grew with his younger sibling brother, Ain Borkan Al Gala. 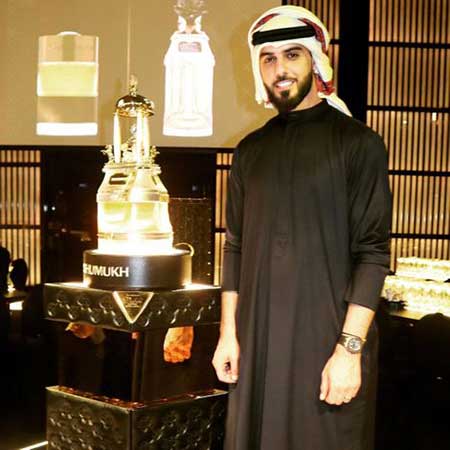 About last night, witnessed the reveal of perfume that’s worth 4.752 million dirhams,
too bad I didn’t have my Cheque book on me!

Gala went to Abu Obaida Ahjarah Public Schools in Dubai alongside he attended the Faculty Executive Hotels International Institute of Management Hotel Emirate. Furthermore, he is extremely passionate about photography, art, and fashion.

Gala professionally achieved success from appearing in short movie alongside American-Iranian actor, Navid Negahban. He was only 18 years old when he decided to pursue modeling as his career, thereafter Omar appeared in the cover of many magazines and became a sort of fashion icon.

Stay on marriedwiki.com for updates.