Home Article Omar Borkan Al Gala Married Life with Wife Yasmin Oweidah: Once Rumored Being Kicked Out of Soudi Arabia For Being "Too Handsome".

Omar Borkan Al Gala Married Life with Wife Yasmin Oweidah: Once Rumored Being Kicked Out of Soudi Arabia For Being "Too Handsome". 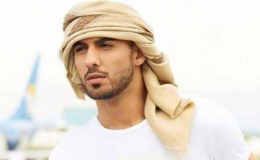 This might come as a surprise but it's a strange fact that Omar Borkan Al Gala got himself kicked out from Saudi Arabia and deported to Dubai just for being too handsome and sexy. It seems like the girls in Saudi Arabia couldn't get over his charms.

His striking personality can drive anyone go crazy for him as the poet, actor and internet sensation was one of those who was too sexy for Saudi Arabia to handle. While we talk about his charismatic personality, his personal life also follows within. It can be a bad news for Omar Borkan Al Gala's female fans as he's already a married man and also a father-of-one.

Omar Borkan Al Gala Relationship: Who is His Wife? Know About His Married Lief and Son

Omar Borkan Al Gala tied the knot with his long term girlfriend Yasmin Oweidah in 2015 after having a secret relationship with her who's a fashion designer from Jordan. They kept their relationship private and never let the media get a hint about it.

Omar Borkan Al Gala always has had a controversy-free life and was never rumored to be dating anyone else but his girlfriend turned wife. They together welcomed a beautiful child Diyab Borkan in 2016.

Recommended: Model Kim Porter is rumored to be getting back together with ex-boyfriend P. Diddy: The couple has four children together 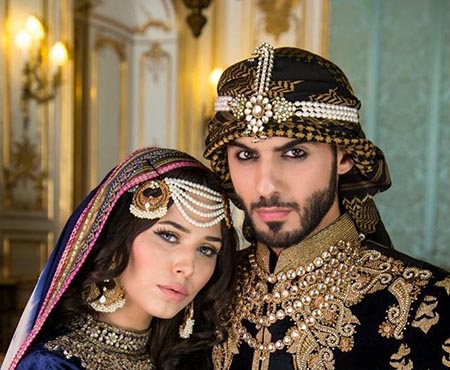 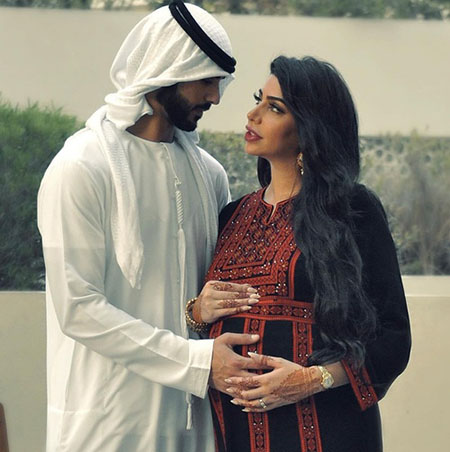 Omar Borkan Al Gala with his pregnant wife
SOURCE: We Heart It

Although he keeps his personal life and his relationship status secret, in the past he posted pictures with a girl on Instagram that took his fan to surprise if that was her girlfriend back on 16 June 2014.

The post was about the news that Omar Borkan Al Gala got the role of a judge in Dancing with the Stars show. However, the media and fans didn't stop spreading rumors about them dating.

Omar Borkan Al Gala gets kicked out of a festival in Saudi Arabia. Is he too handsome?

The Iraqi-born model who made his name after modeling in Dubai has an attractive face structure and is considered too handsome to handle.

The internet went crazy when speculations about him being kicked out of Saudi Arabia surfaced in the media for being too handsome.

Earlier in 2013, while he was spending time in a festival in Saudi Arabia, he along with other two men were rumored to be kicked out on the ground and later deported back to Dubai just for being too handsome. The reason was given as they would distract women with their good looks. Isn't the thing strange?

As per the Arabic newspaper Elaph,

"A festival official said the three Emiratis were taken out on the grounds they are too handsome and that the Commission [for the Promotion of Virtue and Prevention of Vices] members feared female visitors could fall for them."

Done a photoshoot yesterday for a new interview I gave to mbc.net !! More pictures will be released once the interview is published

Meanwhile, it is still not confirmed that Omar Borkan Al Gala was one of them kicked out of the festival. He posted a link in his Facebook page with a statement such as: 'The beauty of a woman must be seen from in her eyes because that is the doorway to her heart, the place where love resides.'

Also See: Model Gigi Hadid is rumored to be getting engaged with boyfriend Zyan Malik: The couple started dating in late 2015

Many people still don't believe that Omar Borkan Al Gala was one of the three being kicked out and think that he himself claimed that he was one through social media just to get media attention. 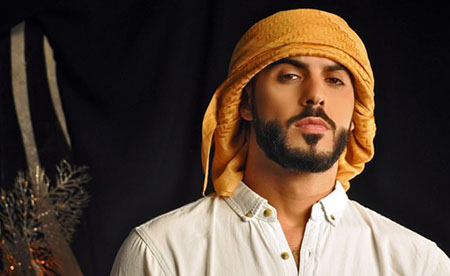 One of the most handsome models Omar Borkan Al Gala