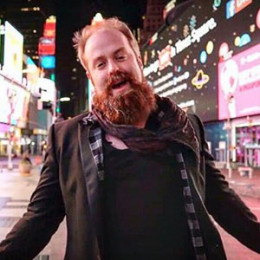 Owen Cook aka Tyler Durden is one of the popular Canadian dating coach and self-help speaker who gained massive popularity in short span of his career. He is best known as the co-founder of dating company, Real Social Dynamics which provides dating advice for men.

Owen Cook was born on October 1, 1979, in Ottawa, Canada under the birth sign Libra. He attended a local school in Ottawa. Cook dated a girl in his college days and after splitting with her, he went into a depression which forced him to leave school.

Later, he entered into the seduction community in order to cope up with his emotional instability and adopted the alias Tyler Durden as a tribute to Fight Club. 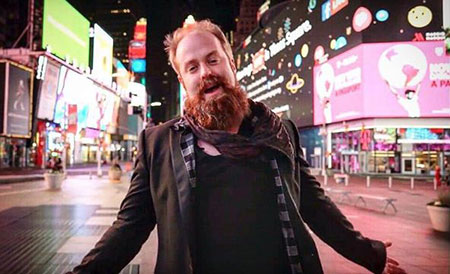 Soon Cook became one of the popular pickup artists. In 2003, he went to the USA to enhance his knowledge of the dating industry and joined  “Project Hollywood” in Los Angeles along with his fellow pick-up artist Papa (Nick Kho).

Later, Cook and Papa founded a dating company, Real Social Dynamics (RSD) which attracted a million customers. In 2010, he created a YouTube channel named RSDTyler which garnered more than 222k subscribers (as of 2019).

Besides this, Owen Cook also released dating tips DVD such as The Blue Print Decoded, Transformations and Foundation.

Owen Cook is one of the popular dating coaches. Usually, the dating coaches earn $160k+ but Cook is quite experienced in this field, so, he might earn more than the average figure. He also makes $319.5-$532.5 per Instagram post.

My second son Dylan’s 7th birthday today at #ragingwaters Infinitely lucky to have 2 amazing kids in my life.

Previously, Cook was dating his longtime girlfriend, Roxanna with whom he shares his first son. Roxanna also worked at RSD advising men how to pick up women.

However, he hasn't revealed the mother of his second son and many people speculate Dylan might be the son of his first wife or from any random girlfriend.

Not to mention, Owen also seems to have become a father for the third time. But, since the traveller is an expretemy private person and keeps his personal life under the radar, the mother of his child and his baby name is unknown.

On Father's Day in 2021, Cook posted a picture on Instagram with three children including his first and second son with him while he held his toddler in his arms. The influencer captioned the post with, "Happy Father's day to all the fathers out there, and to everyone celebrating with their own father."

Cook continued, "And happy Father's day to everyone who raised themselves and had to play the role of being the role of their own father. This is your day too." One thing is certain, Owen Cook is happy to be raising his young kids.

In 2004, he was in a romantic relationship with a girl from Seattle. He is also rumored to have dated Instagram star, CJ Sparxx.

Check out the video of Owen Cook talking about Top 10 Rules For Success!

Vincent Cook is best known as the son of Owen Cook. He has a brother named Dylan Cook.

Dylan Cook is best known as the son of Owen Cook. He has a brother named Vincent Cook.