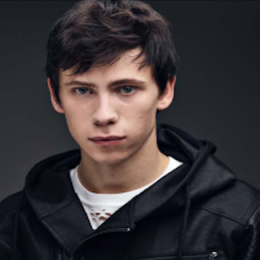 Owen Teague is an American actor who is popular for his acting skills and hunky look in Hollywood. He is famous for working in films like Reckless, Contest, It, Cell and many more. The 20-years-old actor is also famous for working in the Netflix series Bloodline. He is also recognized for starring in the television series like Mercy Street, Black Mirror and many more.

Personal Life of Owen Teague; Is He Dating?

Owen Teague is possibly single as of now. The well-known actor focused on his career and is believed to be out of dating relationships. Moreover, he is never spotted with any girl out of the reel life, in any events and venues.

Teague is out of any rumors and controversies regarding his personal and professional life. He seems career oriented and it looks like he is waiting for the love of his life. Additionally, he is an active person on social media and often shares his pictures of daily life and acting life on Instagram.

What is the Net Worth of Owen Teague?

NY subway makes me feel like... Thanks @grayson_photo99 for capturing me at a high point. #nycmetro

The 20-years old actor started his acting career in the television screen by working in the 2012 American sitcom named Malibu Country as Jack. After that, the doors of the opportunities were opened for him and then he starred in numerous television series like NCIS: Los Angeles, Reckless, Bones, Mercy Street, Black Mirror. Most recently, he worked in 2018 comic series named Locke and Key as Sam Lesser.

Teague also worked in a number of films, starting from the 2013 movie Timmy Muldoon and the Search for the Shadoweyes Bandit as Timmy Muldoon. Since then, he worked in over thirteen films. Some of his famous movies are Reckless, Contest, Echoes of War, Walt Before Mickey, Cell, It, Every Day, The Empty Man and many more. Among all those movies, It was a blockbuster hit which collected over $700.4 million on the box office worldwide against the budget of $35 million.

Owen is also popular for working in the Netflix series entitled Bloodline for 9 episodes. Further, the series was aired from 2015-2017 and was announced as one of the best American Netflix series. More to that, Owen starred along with stars like Linda Cardellini, Jacinda Barrett, Sam Shepard, John Leguizamo, and many more.