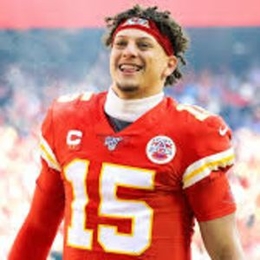 The Texas born athlete Patrick Mahomes, popular as Pat Mahomes is an American football quarterback for the Kansas City Chiefs of the National Football League (NFL). His talents in sports might come from his genes from his father, Pat Mahomes, the former Major League Baseball pitcher. He was the tenth overall selection in the 2017 NFL Draft which kickstarted his highly-accomplished career.

Patrick Lavon Mahomes II is the son of Patrick Mahomes Sr., a former pitcher in the Major Leagues of Baseball, and Randi Martin Mahomes, an event planner. 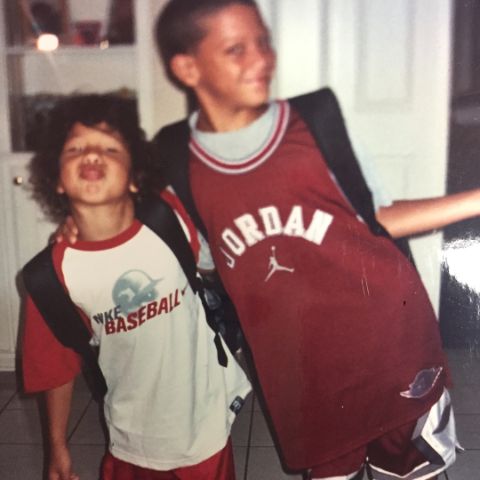 Patrick Lavon Mahomes II was born in Tyler, Texas, on September 17, 1995. Because Pat played for multiple Major League Baseball teams throughout his 11-year professional baseball career, the family was frequently required to live in apartments or hotel rooms in the cities where he competed.

Pat Mahomes began his high school career at Whitehouse High School in Whitehouse, Texas, where he excelled in both baseball and the quarterback position by the time he was a junior.

Even though he threw for 4,600 yards and 50 touchdowns while only picking off four passes in his senior year, college coaches continued to believe that his future was in baseball. Mahomes was selected by the Detroit Tigers in the 37th round of the draft after he had completed his high school career. 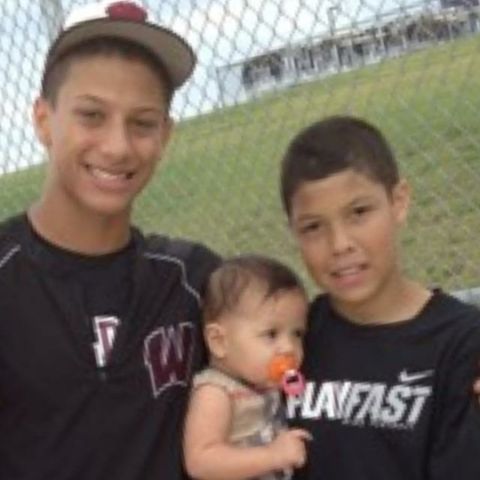 Mahomes chose not to accept the position and instead enrolled at Texas Tech in 2014, where he continued to play baseball to re-enter the Major League Baseball draft at some point in the future. However, after establishing himself as a starting quarterback for the football team during his sophomore year, he shifted his focus and stopped playing baseball.

Mahomes ultimately concluded that he would be better served entering the NFL draft rather than returning for his senior year at Texas Tech. Despite this, they finished his college career ranked third in passing yards, passing touchdowns, passing attempts, and pass completions.

Who is Pat Mahomes's Wife?

During Pat Mahomes's sophomore year at Whitehouse High School in 2012, Mahomes started a relationship with Brittany Matthews, a certified personal trainer. Mahomes attended Texas Tech while Brittany competed for the University of Texas in soccer. 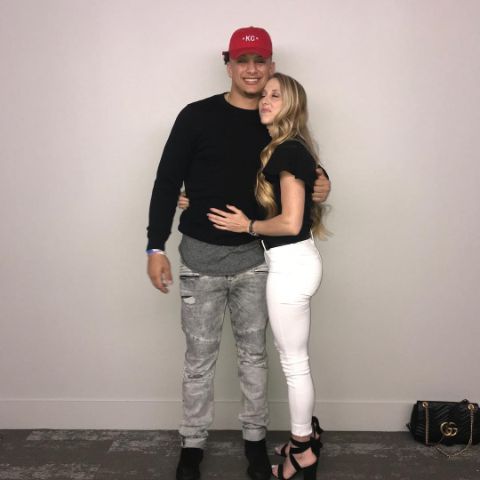 Despite attending different schools, the couple maintained their relationship throughout college. Mahomes popped the question to Brittany at Arrowhead Stadium in Kansas City, Missouri, in September 2020, on the same day he was presented with the championship ring for winning Super Bowl LIV. 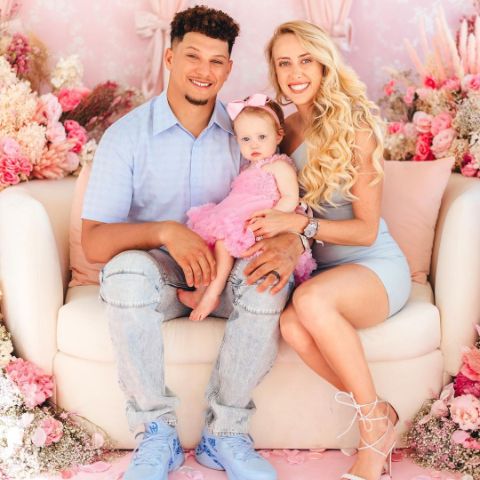 The couple shared the happy news that Brittany was expecting their first child, which they confirmed would be a girl, through their social media accounts. On February 20, 2021, they welcomed a baby girl named Sterling Skye.

Patrick Mahomes is a professional football player in the United States of America. He has an estimated net worth of $40 million. When Patrick first entered the National Football League in 2017, he signed a contract with the Kansas City Chiefs that was worth a total of $16.2 million over four years.

The contract included both a full guarantee of payment as well as a signing bonus of ten million dollars. After Patrick demonstrated that he was a superstar, many NFL analysts forecasted that the next contract he would sign would be unprecedented in the league's history. 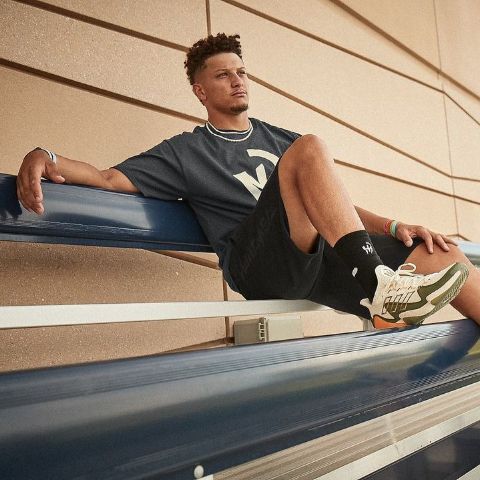 When the Super Bowl rolled around, he still had two years of his rookie deal left to play out. As soon as the Super Bowl was over, he was able to pursue an extension of his contract.

The widespread consensus was that Patrick would ink a deal worth $200 million, setting a new record for the league. It was anticipated that the contract would include a minimum of fifty percent guaranteed compensation and a yearly salary of forty million on average.

Pat Mahomes's Career in the NFL

Pat Mahomes was selected by the Kansas City Chiefs with the tenth overall pick in the first round of the 2017 NFL Draft. In December of that same year, he made his debut in the professional football league and his first start against the Denver Broncos. 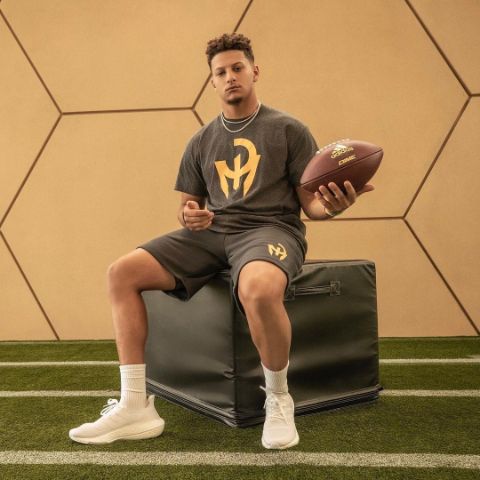 In 2018, he was awarded the title of Most Valuable Player of the National Football League (NFL) after becoming only the second quarterback in the history of the NFL to record 50 touchdown passes and 5,000 yards passing in a single season. Mahomes became the first player in Chiefs franchise history to win league MVP honors after leading the team to a record of 12-4.

Mahomes made his debut in the Super Bowl in February of 2020, and the Kansas City Chiefs went on to defeat the San Francisco 49ers and claim their first championship in franchise history with a final score of 31-20.

Pat Mahomes was honored with the Most Valuable Player award at Super Bowl LIV, and later that same year, he concluded a 10-year deal with the Chiefs that was said to be worth up to $503 million, making it the most lucrative contract in the history of sports.

Mahomes and the Chiefs secured a berth in Super Bowl LV in 2021, making it two years in a row that they have done so. Despite this, they were defeated by Tom Brady and the Tampa Bay Buccaneers by a score of 31-9.

Pat Mahomes was one of several NFL players who appeared in a Black Lives Matter video that went viral in July 2020 and condemned police brutality.

Other NFL players who appeared in the video with Mahomes included Saquon Barkley, DeAndre Hopkins, Odell Beckham Jr., Ezekiel Elliott, and Deshaun Watson, among others.

Pat Mahomes appears tall, as he measures 188 centimeters (or 6 feet 1 inch) in height. He weighs 104 kilograms, which is equivalent to 229 pounds, and he has a personality that is fit and healthy.