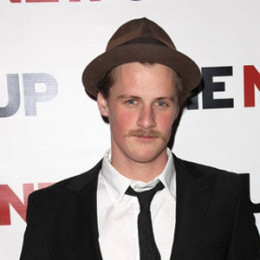 An American actor and director, Patrick Mapel is currently single. He plays the role of Sean on the HBO original series "True Blood". He also appeared the role of a college athlete forced to try and outrun a pack of werewolves. Patrick is a co-star actor who appears only in the episode "Somebody That I Used to Know" in the series' fifth season. Patrick Mapel was born to parents of Two Time Emmy Winning Actress Mare Winningham and William Mapel.

Patrick Mapel was born in 1983 to parents Mare Winningham and William Mapel. There is not much information on his childhood, hometown, and educational background. He has 4 siblings, named Happy Atticus Mapel, Jack Mapel, Calla Louise Mapel and Riley Mapel.

Patrick Mapel is best known for The Social Network (2010), The Artist (2011) and Valley of the Moon (2017). He made his film debut with Player 5150 (2008). Meanwhile, his TV debut was in Grey's Anatomy where he played the role of Ricky in the seventh season of the series Moreover, he is well renowned playing the role of Sean on the HBO original series True Blood.

Patrick Mapel is reportedly single. He is not known to have any past relationships or affairs revealed to the media. On 14th August 2005, his brother Riley Mapel passed away at the age of 23 in Los Angeles, California after he reportedly committed suicide.

Riley was studying acting at LACC's Acting Academy at the time. He was buried at Forest Lawn Memorial Park (Hollywood Hills). The details of the death were not published as it was not in the best interests of the family. His parents opted to grieve in privacy.

Patrick Mapel's net worth is not revealed to public knowledge. Meanwhile, his mother Mare's net worth is estimated to be $1.5 million. Her source of income includes her salary and earnings from her career as an actress and singer-songwriter.