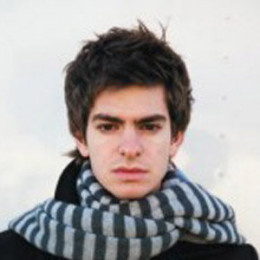 His mother is an American actress and singer-songwriter and an eight-time Emmy Award nominee and awarded by Outstanding Supporting Actress in a Miniseries or Movie for Amber Waves in 1980 and George Wallace in 1998. She was also nominated for the Academy Award for Best Supporting Actress for the 1995 film Georgia. His parents Mare Winningham and William Mapel were married in 1981 and divorced in 1996.

Riley Mapel was born on 7th November 1981 in Los Angeles County, California, USA. He was best known for being the son of Mare Winningham and William Mapel. There is not much information on his childhood, hometown, and educational background.

Riley studied acting at LACC's Acting Academy. He had 4 siblings, named Happy Atticus Mapel, Jack Mapel, Calla Louise Mapel and Patrick Mapel. Regarding his career, his profession is not revealed, although he wanted to become an actor.

Riley Mapel was never married nor known to be in any relationships. He passed away on 14th August 2005 at the age of 23 in Los Angeles, California after he reportedly committed suicide. He was studying acting at LACC's Acting Academy at the time. He was buried at Forest Lawn Memorial Park (Hollywood Hills). The inscription read:

The details of the death were not published as it was not in the best interests of the family. His parents opted to grieve in privacy.

Riley was only 23 at the time of his death. Therefore, his net worth is not of much significance. Meanwhile, his mother Mare's net worth is estimated to be $1.5 million. Her source of income includes her salary and earnings from her career as an actress and singer-songwriter.