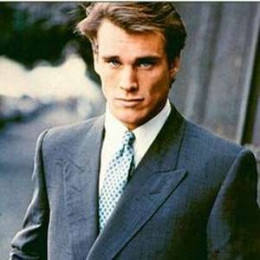 Paul Qualley is the ex-husband of American prominent actress and fashion model, Andie MacDowell. She is best known for her roles in Sex, Lies, and Videotape as Ann Bishop Mullany; Magic Mike XXL as Nancy; Breaking at the Edge as Dr. Ghozland and Cedar Cove as Olivia Lockhart.

The model turned contractor Paul Qualley was born in 1958 A.D. He has an American nationality and belongs to the white ethnicity.

He grabbed all the media attention after his marriage with actress Andie MacDowell which sadly is over now.

Currently, he is doing a great job in his contractor career and grabbed a notable image.

Paul was married to actress Andie MacDowell in 1986. The former couple was first to encounter at the shooting of Gap ads.

After living together for more than 13 years, the duo realized they are not perfect for each other. So, at mutual understanding, they had a divorce in 1999.

Subsequently divorcing his wife, he prefers to remain single and decide to dedicate his life to his kids and work.

Considering his amazing career amount of net worth but due to his introvert nature, he never mentioned the actual amount of his net worth.

Andie and Paul married in 1986 and divorce in 1999 after they welcomed three children, two daughters, and a son.

Justin is the first child and son of this then couple. His parents separated in 1999 but the reason was never revealed.

She is the second child of Andie MacDowell and Paul. In 2012, she was named Miss Golden Globe.

Sarah Margaret Qualley was born in 1994. She is now an actress following her mother's path.