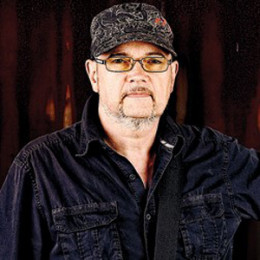 Paul Quin was an American director and an actor well recognized for his work This Is My Father, Get Outta the Boat, and Leaving Las Vegas. He was a married man and lived happily together with his wife until his last breath.

Born in 1960 in Chicago, Illinois, USA, Paul Quinn is the son of Michael and Teresa Quinn. He has four siblings: Aidan Quinn, Declan Quinn, Robert Quinn and Marian Quinn. He studied at Chicago’s Piven Theater Workshop.

Quinn was a director and an actor well praised for his work Leaving Las Vegas in 1995, This Is My Father in 1998, and Never Get Outta the Boat in 2002. The film This Is My Father was his sophomore work along with his brother Aidan Quinn.

He also featured in the movies, Avalon and Bob Roberts. Besides that, he is the writer of Growing Up Smith and the founding member of New Crime Productions along with his friends Steve Pink, Jeremy Piven and John Cusack. Shakespeare’s Henry IV entitled Good Ol’ Boy was his modern adaptation which premiered at the 2015 Woodstock Film Festival.

Paul was married to Patrice Pitman Quinn until death departed them. They were living the blissful and contented married life until then.

He took his last breath on September 2, 2015, in New York, USA. He was battling cancer which soon became the cause of his death.

As an actor and director Quinn certainly earned a substantial amount from his career. His net worth possibly was more than a million.

Patrice Pitman Quin was the wife of late Paul Quinn. The duo stayed as husband and wife until Paul died of cancer.