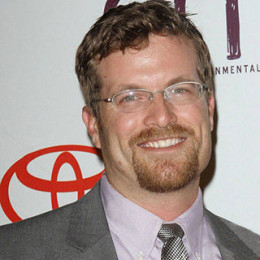 Peter Lanfer is famously known as the husband of popular American actress, Sarah Drew. The couple shares two children together. Like most of the couples, they also faced some problems in their marriage.

Peter Lanfer is a married man. Lanfer tied the knot to his girlfriend turned wife, Sarah Drew, an actress. The couple exchanged their vows on 2nd July 2002 in a private ceremony attended by families and friends.

Well, the pair first met after Peter finished his undergraduate program. Eventually, they started dating and the rest is history.

2019: Less fear and comparing and trying to prove myself. Less spinning over things that don’t matter and beating myself up. Less perfection, and more beautiful, glorious and delightful mess. More sunsets and sunrises, and snuggles and date nights and views and talks. More play and splashing and games and laughing. More intimacy with friends and with myself. More quiet. More stillness. More nature. More peace. More self knowledge and self love. How about you all? More of what? Less of what? Share with me!!

The husband-wife couple shares two children, a son and a daughter together. Their first child, Micah Emmanuel Lanfer was born on 18th January 2012, whereas, their second child, Mali Rose Lanfer was born in 2014.

Sarah faced some pregnancy complication during the birth of Mali. Her daughter came to the world earlier than expected. Due to such issues, Drew faced some contraction. As a result, Mali spent 11 days in the neonatal intensive care unit. In an interview, the actress told,

Like many couples, Peter and her husband faced some complications in their married life. They even separated for some time and again reconcile. She told,

''Several years into our marriage, I wanted to walk away, and I didn't. My dad said that even if it feels hopeless. And then my dad was like, 'Also, go to counseling tomorrow.' My parents found someone for us to go see.''

Even after such ups and downs in their life, they somehow tackle the problem and started living together again.

Peter Lanfer is a lecturer and a professor by profession. Lanfer's net worth is under review, but, he surely has an estimated earning of $200k. Moreover, a lecturer makes an average salary of $49874. 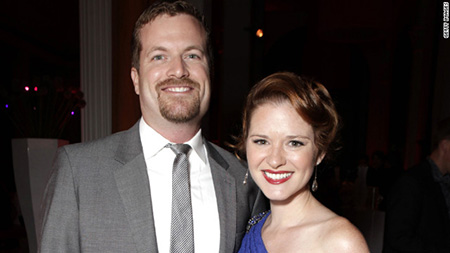 When it comes to his wife, Sarah, she makes her money from his acting career. As of now, her accumulated net worth is around $3million. Similarly, she makes a salary of $80k per episode from her appearance in the TV series, Grey's Anatomy.

Sarah Drew and her husband Peter Lanfer shares a first child, Micah Emmanuel Lanfer. He was born in 2012.