Home Article American Actress Sarah Drew Is In a Married Relationship Since 2002; Separated And Reconciled Once; How Is Their Relationship Going?

American Actress Sarah Drew Is In a Married Relationship Since 2002; Separated And Reconciled Once; How Is Their Relationship Going? 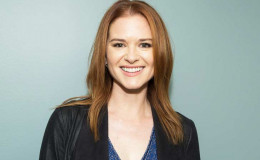 Looks like loves finds it's way despite all the problems! The popular American actress, Sarah Drew, and Peter Lanfer are prime examples of the above-stated proverb. The pair once faced marriage complication at some point, but the couple finds their way to come together. As of now, their relationship is building stronger than ever.

Sarah Drew and her husband share two children together. Let's know more about the couple, their married life and complications:

Grey’s Anatomy star, Sarah Drew is happily married to her lecturer boyfriend, Peter Lanfer. On 2nd July 2002, the couple tied the knot in a private ceremony. Though the couple keeps their personal life low key, they are living a blissful life together. 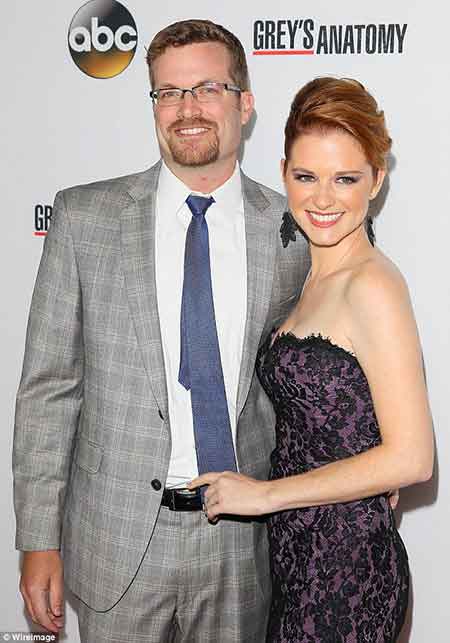 Like most of the couple, Drew and her husband also faced some marriage complication at some point but they dealt with their problem and are happy together. In an interview with Glamour, she confesses the darkest time in her married life.

‘’ Several years into our marriage, I wanted to walk away, and I didn't. My dad said that even if it feels hopeless, it doesn't mean that it is hopeless. And then my dad was like, 'Also, go to counseling tomorrow.' My parents found someone for us to go see.’’

‘’It wasn't actually anything that either of us had done, and it wasn't a moment of betrayal. It wasn't anything like that. It was just being in a relationship, not knowing how to communicate and how to have a partner.’’

Even in such ups and downs, her husband was standing with her to tackle the issue. Finally, they overcame the problem and started living together happily again.

Besides, the couple is blessed with two kids, a son Micah Emmanuel Lanfer and a daughter Hannah Mali Rose Lanfer. Drew became the mother for the first time on 18th January 2012.

Two years later, she welcomes her first daughter but faces some pregnancy complication. Her daughter came to the world a little earlier than expected. Drew experienced some contradiction three months before the due date. 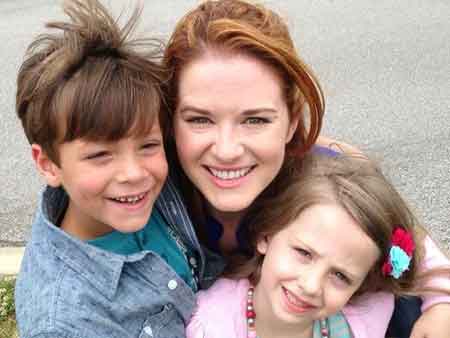 As a result, the little girl has to spend 11 days in the neonatal intensive care unit. The actress explained,

‘’Her lungs were not totally ready to be outside of the womb [which led to] an infection, plus she had issues with blood sugar because I had gestational diabetes. It’s the worst thing in the world because you go into the hospital and you expect to leave with your baby. We didn’t know how long she would have to be there.’’

Drew prefers to spend more time with her husband and family but her career always comes between them. Because of that reason, she was not able to spend quality time with her children.

Sarah Drew made her Hollywood debut in 1997 as a voice actress for the TV series, Daria. She was associated in the series from 1997-2001 appearing in 28 episodes. Drew worked as Mary Helen in her first movie Radio (2013).

In 2004, she starred in drama TV series, Everwood with Emily VanCamp, Chris Pratt, Gregory Smith, Treat Williams, and Vivien Cardone. In the series, she played a character of a shy girl named, Hannah Rogers.

Whereas, she appeared as a former surgical resident at Mercy West Hospital, April Kepner in Grey's Anatomy. Her role in the series was highly appreciated by fans and critics. The series starred Ellen Pompeo, Patrick Dempsey, Justin Chambers and Jessica Capshaw.

As of 2018, she is working in a post-production movie, Indivisible and a TV series, Cagney & Lacey. 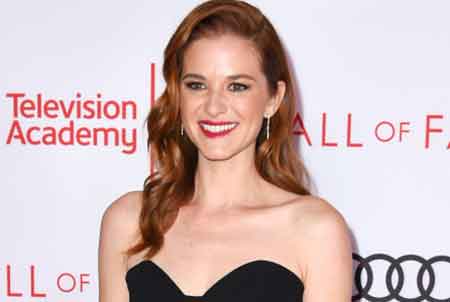 Sarah Drew posing for a picture