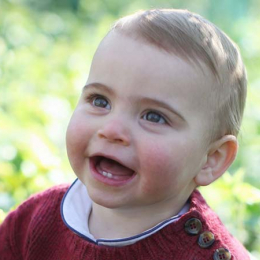 Who says being famous is hard in childhood. Well, if you are born on the famous British Royal family, then you are already a topic for the media. Among them, Prince Louis is popular for being the third and the youngest child of the father Prince William, Duke of Cambridge and mother Catherine, Duchess of Cambridge.

Personal Life of Prince Louis; Know about his family life

Prince Louis is always in media and all thanks to his family's popularity. Moreover, he is the fifth contender for the succession to the British throne. Additionally, everyone is eagerly waiting for the prince to grow and become a successful prince in the future.

What is the Net Worth of Prince Louis?

Louis is from a royal family of Britain and is the newest prince of the United Kingdom. The title of the style of Royal Highness under letters patent was given to him by his great-grandmother, Queen Elizabeth II on 31 December 2012. Now, he is the fifth in the line of Succession to the British throne, behind his grandfather and all the prince of the royal family.