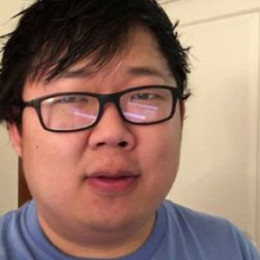 Internet sensation and voice actor SungWon Cho who initially gained prominence for his work in video games like "A Hat in Time" and "Apotheon" became an extremely famous Vine star. His popularity on YouTube is nothing but a coincidence. It became a popular outlet to showcase his Vine jokes that gained wide views on the platform.

Not just his profession, he is equally blessed in his family life. He's so close with his parents and his lovely wife.

SungWon Cho is living a blissful married life with his wife Anne Marie since 2016. Marie is an artist and sells her sketches online. She explained herself as an "occasional illustrator, full-time tea enthusiast, and lover all things cute" on her Twitter profile.

In addition, their passion for writing Super Mario fan fiction brought them together. 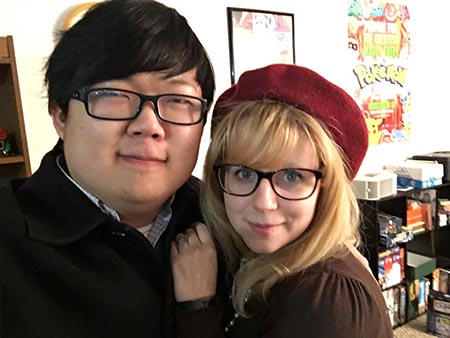 ProZD with his wife Anne Marie.

When asked about Cho, Marie answered,

'It's fine. I could love life a lot. I now like all those love songs cause he plays it all the time. We have a lot of video games and board games.'

Despite being long distance apart, the pair maintained their relationship for six years. They became engaged in October 2015. He revealed via a Twitter post that he married his girlfriend.

Here's a Q&A session with Cho and his wife!

Not only Marrie but Cho finds himself so blessed to have Marrie as his wife. He said,

'But she likes it (the games) and she likes board games, anime, and stuff. And that's for me it's fine because I can just be who I am and she doesn't give a shit. Like she really gets it too. That's how we basically became friends in the first place.'

Well, the family life of the couple with their family members is going on so smoothly. Cat lover duo Marie and Cho have pet cats in their family named Sophie and Effie.

But, do Prozd and his beloved partner share any children of their own? As of July 2021, Prozd and Marie are yet to start a family of their own. Cho seems pretty busy with his career and the husband and wife want to wait before making the bold decision.

Not to mention, both ProZD and his wife are busy discovering more and enjoying more Board Games. The lovebirds, in fact, create and updates more content on Board Games which are available on their YouTube channel.

ProZD's Net Worth and Career

Cho gained wide popularity among his fans for his work in video games like A Hat in Time and Apotheon. He was also popular on Vine with 140,000 followers for his comedic character creations.

He stated that his YouTube fame is nothing but a happy coincidence. He said,

"For me, the focus has always been acting and voice acting."

"YouTube was an accident. I’m very fortunate and very grateful for the opportunities that YouTube has brought me. I enjoy making my stuff, but honestly, it’s all for acting. It’s all so I can get more opportunities for that."

Cho garnered 1.8 million subscribers on his YouTube Channel as of 2019. In addition, he is also active on Instagram and Twitter with 126k and 441k followers respectively.

SungWon Cho was born on 9 December 1990 in Minnesota. He belongs to Korean ancestry.

Later, he settled in Lansing, Michigan with his family members.

venting online about a hard part in a video game

He received a Bachelor's degree in telecommunications focusing in media arts and technology.

Looking at his Twitter posts, it's crystal clear that he's so close with his parents. Here, he mentioned that his parents are so proud of his profession though they don't understand the content.

i tried to gift my parents some money before leaving, but my dad just went “NO” and unflinchingly without breaking eye contact ripped the check in half right in front of me, it was an incredible Korean politeness power move

Well, the following post reflects that there are six members in his family including his wife.

my mom likes to set up groups of five dolls to represent each member of our family and today added a new one to represent my wife pic.twitter.com/WiFDgt430J

It's good to see that he's going on so effectively in his personal as well as professional career.

Famous internet sensation ProZD married his longtime love Anne Marie in 2016. They are living a blissful life with their parents.