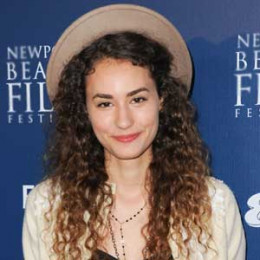 An American actress, Rachel DiPillo is best known from the series and movies including- The Gates, Law & Order: LA, Love Bites, Chicago Fire, The Ropes, Cuckoo, Summer of 8, Elle: A Modern Cinderella and so on. In 2010, she gave a regular appearance on Big Time Rush and The Gates. She is currently playing in the series, Jane the Virgin and Chicago Med.

Born to John DiPillo and Jackie DiPillo as Rachel Katherine DiPillo on 26th January 1991 in Flint, Michigan is a beautiful actress. Her mother, Jackie is a songwriter in Nashville and was a 1983 Miss Oklahoma contestant. In 1998, she along with her family moved to Tennessee and started living there. DiPillo then attended high school in suburban Nashville. After the completion of her schooling, she wanted to attend art school but latterly decided to move to Los Angeles to pursue a degree in acting.

Rachel decided to start her career in acting. Soon after her graduation, she appeared in her first movie, Elle: A Modern Cinderella Tale in 2009. Later in 2010, she worked in Nickelodeon's Big Tie Rush and ABC's The Gates in many episodes as she gave a regular appearance in the series. She worked in Wedney, a show along with Tyler Blackburn. She worked in the movie, Summer of 8 alongside  Carter Jenkins, Bailey Noble and Shelley Hennig.

Moreover, in 2015 Racheal appeared in the series, Jane the Virgin along with the cast member- Gina Rodriguez, Andrea Navedo, Yael Grobglas, Justin Baldoni, Ivonne Coll and Jaime Camil. During the same year she also worked in the series, Chicago Fire by Michael Brandt and Derek Hass. She also appeared on Cuckoo, a British sitcom with Michael Chiclis and Cheryl Hines.

Currently, Rachel DiPillo is possibly single as no such clues are found which can prove her relation with any guys. She kept her personal life very secretive and far from the media. Rachel's personal life has become one of the hot curious topic for all her fans. A beautiful lady like must have dated someone, however, she has chosen to keep it to herself.

The beautiful Rachel may earn enough from the TV series and movies. Her lavish lifestyle is proof that she has a huge net worth.