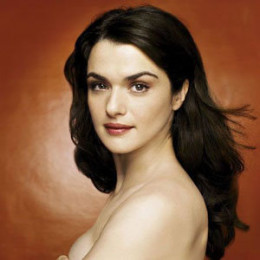 An English actress and former model, Rachel Weisz are currently married to Daniel Craig since 2011. She was born to parents of George Weisz and Edith Ruth. She studied English at Trinity Hall, Cambridge University. At the age of fourteen, she began her modeling career and later made her film debut in the science fiction movie “Death Machine” in 1994. Rachel Weisz won an Academy Award, Golden Globe, and Screen Actors Guild Award for Best Supporting Actress.

Currently, Rachel is married to actor Daniel Craig since 2011. She has been engaged to film director Darren Aronofsky in 2005 but they separated in 2010 for the unknown reason. Rachel Weisz was also in a long-term relationship with actor Ben Miller, Dominic Anciano, Neil Morrissey, Sam Mendes and was a short-term relationship with actor Alessandro Nivola. Rachel Weisz is the mother of one child named, Henry Chance who was born on 31 May 2006.

Rachel Weisz was born on March 7, 1970, in City of Westminster, London, England. Her parents are George Weisz, a mechanical engineer from Hungary, and Edith Ruth, a teacher-turned-psychotherapist. She has one sibling, younger sister Minnie Weisz, a photographic artist.

Rachel Weisz attended North London Collegiate School. She then went to Benenden School for a year. Later, she completed schooling with A-levels from St Paul's School. Rachel graduated with a second-honor in bachelor degree in English from Trinity Hall, Cambridge.

Weisz began her acting career in the early 1990s, appearing in Inspector Morse, Scarlet and Black, and Advocates II. Her big screens debut arrived in 1994 with the movie Death Machine. Her first Hollywood appearance was in Chain Reaction (1996), opposite Keanu Reeves and Morgan Freeman.

Weisz appeared in the film The Mummy in 1999 and The Mummy Returns in 2001. She received an Academy Award, a Golden Globe and a Screen Actors' Guild award for her supporting role in the 2005 drama thriller The Constant Gardener. Moreover, Weisz received the BAFTA Britannia Award for British Artist of the Year in 2006.

In 2001, Rachel met an American filmmaker, and producer named Darren Aronofsky, at Almeida Theatre in London. She was playing a role in The Shape of Things at the time. She began dating the same year. Just a year later Rachel moved to New York with her boyfriend.

After dating for 4 years, the couple got engaged in 2005. Rachel and Darren welcomed their first child, a son named Henry Chance Aronofsky in New York City on May 31, 2006. 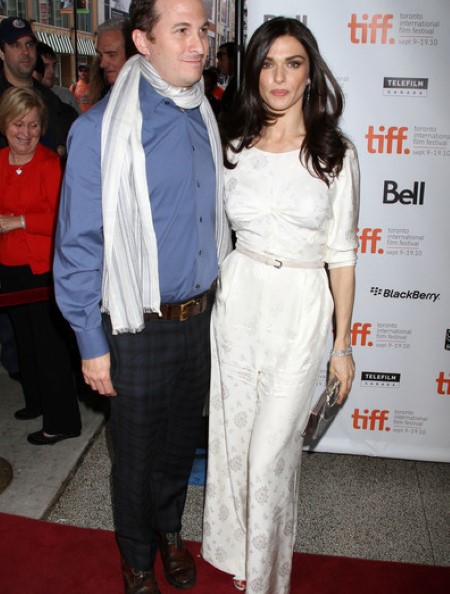 In November 2010, Weisz and Aronofsky announced that they had been drifting apart for months, but remain close friends. They claimed to be committed to raising their son together in New York.

Speaking about her married life, Rachel said during an interview:

“I don’t think mine’s particularly exceptional apart from that we’re both in the public eye. But I never thought I would get married. It was not an ambition of mine. It was the opposite. I couldn’t relate to romantic comedies — marriage seems to be the whole point of them. Then it just happened, happily, at a more mature moment.”

Weisz further added, she wears the ring all the time with pride. Moreover, she revealed the husband and wife binged watched BBC1 drama Happy Valley after staying up all night. 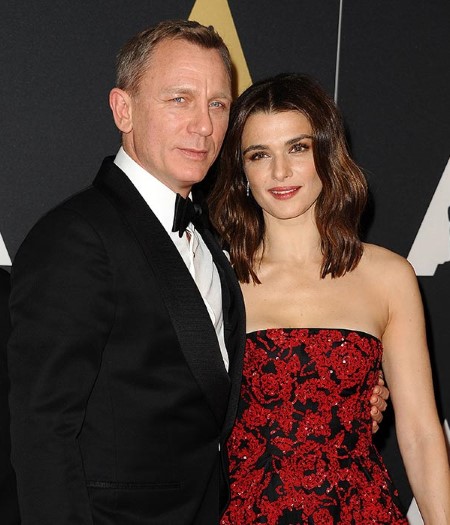 In April 2018, it was announced the couple was expecting their first child together. Speaking on her pregnancy, Rachel said:

'I'll be showing soon. Daniel and I are so happy. We're going to have a little human. We can't wait to meet him or her. It's all such a mystery.'

The actress further revealed the couple chooses to keep their romantic life 'private', even though they are usually spotted during public appearances together.

Rachael Weisz has an estimated net worth of $30 million. Her estimated annual income is roughly $3 million. The actress owns a New York Apartment worth $11.5 million.

Currently, Rachel is married to actor Daniel Craig since 2011. The couple seems to be very happy with each other so no signs of separation.

Rachel Weisz is the mother of one child named, Henry Chance who was born on 31 May 2006.