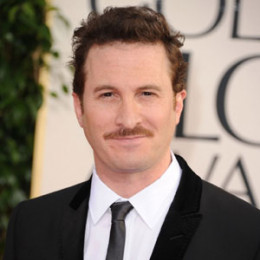 Darren Aronofsky is an American film maker and environmentalist who has contributed a lot in the Hollywood. He has made hit films such as Pi, and Requiem for a Dream. Most of his film won critical acclamation and premiered in several Film Festivals.

Darren Aronofsky was born on 12 February 1969 in Brooklyn, New York whereas grew up in the borough’s Manhattan Beach neighborhood along with his sister. He is the son of public school teachers Charlotte and Abraham Aronofsky. Often visiting the Broadway theatre with his parents he developed the interest in show business.

Darren went to Edward R. Murrow High School and trained as a field biologist with The School for Field Studies in Kenya. He attended Harvard University taking film and social anthropology as the major course. He then studied directing at American Film Institute.

Pursuing his dream career, Aronofsky feature debut in thriller Pi in 1997. He then went on to produce successful films such as Kozure Okami in 1973, Requiem for a Dream in 2000 and Below in 2001.

He went on to explore his skills through films like The Fountain in 2006, and The Fighter in 2007. He never failed to awe his fans with his incredible work.

Furthermore, his film Black Swan featured as the opening film at the 67th Venice Film Festival in 2010. The film received critical acclamation with many more accolades and was awarded the PRISM Award from the Substance Abuse & Mental Health Services Administration.

His senior thesis film went on to become a National Student Academy Award finalist. He won the institutes Franklin J. Schaffner Alumni Medal while in AFI Conservatory. He won the Directing Award at the Sundance Film Festival in 1998 and an Independent Spirit Award for best first screenplay.

Besides that, Darren actively participated in environment activity. He has acquired the Humanitarian Award from both the Humane Society of the United States and PETA.

He worked together with artist JR in a public art installation in Paris entitled The Standing March encouraging diplomats at COP21 to take action against climate change. He is a board member of The Sierra Club Foundation and The School of Field Studies.

Rachel Weisz was Aronofsky's longtime girlfriend since 2001. They later got engaged in 2005 and welcomed their son Henry Chance Aronofsky on May 31, 2006. However, the couple broke up in November 2010 and remained close friends.

Later on, Darren dated Canadian film and television producer Brandi-Ann Milbradt in 2012. As of now, he is dating actress Jennifer Lawrence. The duo started dating in 2016.

Aronofsky’s first production Pi has an initial budget $60,000. Later the film grossed a total of $3,221,152 at the box-office. The film was sold to Artisan Entertainment for $1 million.

His film Noah grossed over $43.7 million during its opening box office and became the hit internationally grossing over $362 million worldwide. At that time, he received $3,500,000 to produce a film. His film The Fountain made a budget of $70 million.  Likewise, he earns a lucrative amount from his career as an American filmmaker. He holds the staggering net worth of $25 million.

Henry Chance Aronofsky is the son of Darren Aronofsky from his ex-fiance, Rachel Weisz. He was born on May 31, 2006.