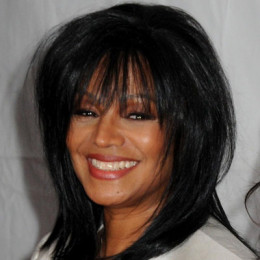 A popular American singer. She is daughter to Joe Jackson and Katherine Jackson. She is also the oldest among ten sibling of the Jackson family. Her father was occupationally steel mill employee and also a singer who used to perform in band named The Falcons.

She started her career in 1974 by performing with her siblings in Las Vegas. She is also the elder sister of popular singers Michael Jackson and Janet Jackson.

Rebbie Jackson, born Maureen Reillette "Rebbie" Jackson Brown, on May 29, 1950, in Gary, Indiana, the United States. She was born into the working class family of Joseph Walter "Joe" and Katherine Esther. She is the eldest among their 10th child.

Rebbie and her siblings were raised as Jehovah's witness by their mother. She told in an interview that as she was the eldest children of her parents she often acted as the second mother to her siblings.

She attended the Theodore Roosevelt High School and graduated in the year 1968.

Rebbie was one of the founding members of the famed band, Jacksons. She along with her brother used to perform in Los Vegas. The show initially started without her as she suffered from a sprained ankle.

Her brothers were subsequently signed by the CBS-TV to star in their own family series called, The Jacksons. The show eventually premiered in June 1976. It included all of the Jacksons excluding Jermaine.

The Jacksons then released their first album titled Centipede in the year 1984. Other tracks that Rebbie was involved with include Prince ("I Feel for You") and Smokey Robinson and the Miracles ("A Fork in the Road").

The Jackson launched the first album named Reaction. Her single, You Send The Rain Away came in number 50 on the single's chart. She took a break from her career in the late 1980s and after a long hiatus, she signed with her brother, Michael's label, MJJ Music.

With the label, she released Yours Faithfully in the year 1998. Speaking of her voice range, she is gifted with a three-octave range.

Regarding her personal life, sixty-eight years old singer was married to her childhood sweetheart. Rebbie was only 18-year-old when she tied the knot with, Nathaniel Brown. The marriage was held in May 1968. But her marriage was a harbinger of bad things as the marriage drifted her apart from her family, especially her father.

When she first expressed her feeling of marrying him and of moving with her love, her father opposed her decision because he thought the marriage will stop her becoming a success in the entertainment business, though her mother was in favor of the marriage. The teenage star did what she felt like and married Brown and even moved in with him in Kentucky.

But her father eventually gave in and allowed her daughter to marry brown. The couple is altogether a parent of three children, daughters Stacee (born May 5, 1971) and Yashi (born October 5, 1977) and son Austin (born November 22, 1985).

She is also a grandmother of one boy named London Blue Salas from her daughter, Stacee. Sadly, her husband of 45-years tragically passed away in 2013 due to cancer.

According to many sources, the world-renowned singer and performer, Rebbie Jackson have an estimated net worth of $2.5 million. She owns a Land Rover, which costs around $87k, one BMW Suv, costing $100k.

They were childhood lover. together they are parents of two daughter and one son. He died due to cancer on January 6, 2013.

She is very cute and gorgeous. She has already given birth to one beautiful son named London Blue Salas.

She is also beautiful and gorgeous. Her picture along with her mother and sister can be found in different sites.

Taking his family path he is also an American singer-songwriter. He is youngest among his siblings.