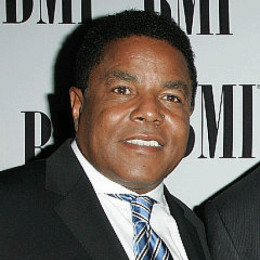 Toriano Adaryll Jackson often called "Tito Jackson" is a singer and guitarist. He is best known as an original member of The Jacksons and The Jackson 5, who came to prominence in the late 1960s. In 2003, he released a solo album "I Gotta Play", which became the last album to be released among Jackson brothers. He is the son of Katherine and Joe Jackson, a steel mill worker. He is the brother of pop superstar Michael Jackson.

Accounting his personal life, till now he has been married only once and with his wife he has raised three sons. His sons now are popular as the members of Musical Band 3T. He was married to his wife at the early age of 18 and he enjoyed his marital relationship with his wife for almost 21 years until they decided to get a divorce. His wife was killed and found dead floating in a swimming pool in 1994.

Tito Jackson was born as Toriano Adaryll Jackson on October 15, 1953, to Joseph and Katherine Jackson. He was raised in Gary, Indian along with his siblings; Michael Jackson, Jackie Jackson, Marlon Jackson and Jermaine Jackson.

Jackson is the third child of his parents. His father was a steel mill worker, while his mother was a devout Jehovah's Witness. He is best known as the member of the Jackson 5 and The Jacksons.

Jackson has an interest in music since his childhood days. At the age of 10, he broke his father's guitar string. Later his father bought him his own guitar. He lends his voice as a playback singer in Man Of War and 2300 Jackson Street.

Tito and his brother formed a band Jackson 5 and usually, they performed in school functions and supermarkets.

The band took part in different local talents and by then his younger brother Michael had become the official lead singer of the group. The original name of the band is The Jackson Brothers which was later was changed in The Jackson 5.

Tito and the rest of The Jackson 5 made their professional debut in a nightclub in Indiana. He was a guitarist of the band. In 1969, The Jackson 5 signed with Motown Records in Detroit, and scored several hit songs, such as; "I Want You Back," "ABC," "The Love You Save," and "I'll Be There."

Jackson and his brothers continued to perform as a group until 1990.  From 1990 until 2003, Tito spent his time managing his sons' group.

Tito began his solo career in 2003 as a blues musician with his debut album I Gotta Play. Jackson was the last of The Jacksons group to go solo. In 2007, he became the judge on the BBC celebrity singing competition Just the Two of Us for series two of the show.

In 2016, Tito released his album Tito Time in Japan and globally it was expected to release in 2017.

The 63 years old musician has earned a very impressive net worth from his musical career. He succeeds to earned a net worth of $10 million.

The current relationship status of Tito is possibly single. But in past, he was married to Delores "Dee Dee" Martes. The duo exchanged vow in June 1972 when Tito was just 18 and Martes was only 17.

In 1994, his ex-wife, Martes was found dead floating in a swimming pool. Though her death was originally ruled accidental, however, a Los Angeles businessman, Donald Bohana was found guilty and sentenced 15 years to life in prison.

She was the first wife of Tito, who was murdered by Donald Bohana, a Los Angeles businessman in 1994.

He is the first child of Tito, who is widely known as "Taj".

He is the second child of Tito, who now is known as a member of musical 3T.

He is the third son of Tito, who is commonly known as "TJ" (member of Musical group 3T).