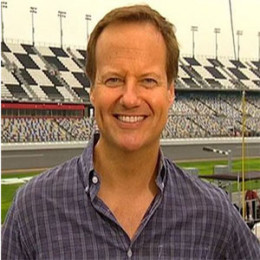 American meteorologist, Rich Reichmuth is currently working as a chief meteorologist in Fox Network. Before joining the field of journalism, he served almost a decade in the banking field. Till today, Reichmuth has worked in several networks including CNN, WSI Corporation, and Fox.

Rick Reichmuth was born Richard Anthony Reichmuth on 21st May 1970 in Prescott, Arizona. He is American and belongs to White ethnicity. Reichmuth was raised by his father, Bob Reichmuth along with his two brothers. As a young boy, he delivered newspaper for four years.

The current meteorologist of Fox News Channel, Rick Reichmuth, began his career in banking before pursuing a lifelong dream career in meteorology.

He joined Bank of America in 1991 as a branch manager and worked there for almost 9 years until he left the position in 2000.

In 2000, Reichmuth switched career, joining CNN as a weather anchor. While working at CNN, he was an on-air reporter at CNN International and CNN Headline News. He later became a production assistant for CNN en Espanol.

In 2004, Reichmuth became a meteorologist after joining WSU Corporation where he conducted live weather forecasts. In 2005 he shifted to Fox. Later, he got promoted to chief meteorologist.

The former CNN meteorologist, Reichmuth, is secretive when it comes to his personal life. But as per the available information, Reichmuth seems to be married to Jovita Smith, his wife, since 2013.

Reichmuth’s uploaded a picture with three ladies with the hashtag #family, his wife, and their two daughters on his Instagram.

He is a dog lover and has two dogs named, Kyoto and Gino.

Rick Reichmuth has collected an estimated net worth of double-digit million figure. Working as a reporter for more than a decade, he served for reputed networks like CNN and Fox Network.

Currently, he is working with Fox channel and as per their records, they pay $126k-$137k annual salary for a meteorologist. In 2017, he launched a line of umbrella called, Weatherman.

Reichmuth is also a member of American Meteorological Society Television Seal Holder. He also volunteered for the Nuestros Pequenos Hermanos Orphanage where he along with other members organize recreational activities for children.

In 2013, Rick Reichmuth tied the knot along with Jovita Smith. The couple is very secretive as posted only limited pictures together on social media and appeared rarely in public. Till now, there are no such rumors about their divorce.