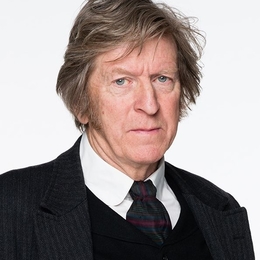 Robert Holmes Thomson who adopted to be better known by his initial, R.H. Thomson, had scenes with fewer lines and dialogues as Matthew Cuthbert, but his facial expressions were enough to let the audience figure out what he meant.

Speaking more of the naive and introvert role Robert "R. H." Holmes on the hit LM Montgomery's CBC adaptation of Anne with an E, Matthew Cuthbert was an unmarried man just like his elder spinster sister Marilla Cuthbert, played by Geraldine James. But, his personal life, of course, vastly differs from it. The veteran actor indeed enjoys the bliss of a successful married life with his soulmate.

Who Is Robert Holmes Thomson Married To?

Fair to say, the actor is undoubtedly one lucky man who got everything a lot of men long for. As much as his career has been outstanding, Thomson's life outside the industry has been equally beautiful and notable too.

Robert Holmes is, in fact, married to wife Laurie Matheson for decades. Sadly, Robert who is extremely private of his personal life since he doesn't even like giving interviews has kept away his personal stuff away from the public eyes. 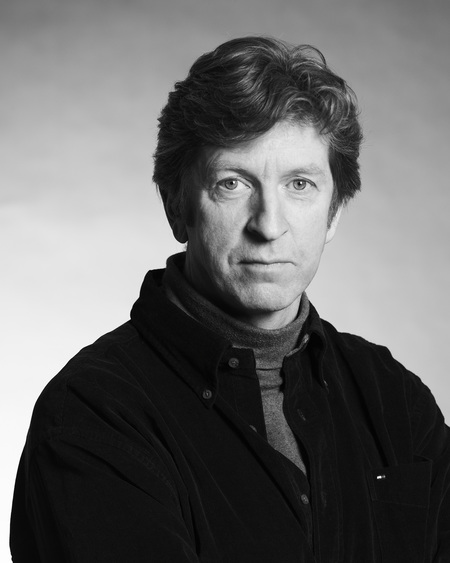 Adding more to Thomson's marriage, he and Laurie are also parents to two adult sons namely Andrew Thomson and Macintosh Thomson. Holmes once in an interview called his wife and sons as the loves of his life. And, likewise, details on Andrew and Macintosh are still a mystery. Needless to say, the Thomsons avoids public attention as much as they want.

And, considering that Thomson has been in the industry and grew up with the attraction of the public since he was a child, it's understandable why he prefers to live a lowkey lifestyle. Like, we bet none of his fans know the fact that he is the son of late Cicely Thomson who co-founded The Curtain Club in 1956.

R.H. Thomson's Childhood; Says He Was A Real Pain-In-The-Butt

Thomson actually comes from a background of a family who was pretty known to the Canadian society where he grew up. Whilst his mother was involved with The Curtain Club, his father, late Mr. Thomson mostly worked as a professor for Labour Relations. 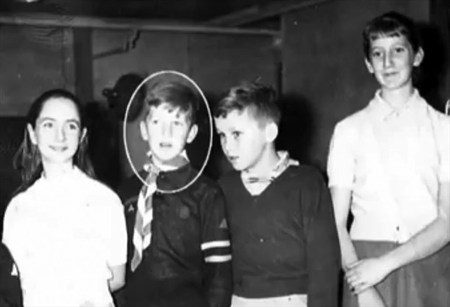 Not to let it go, Thomson is the youngest child of his parents as he also grew up with an elder brother. Fair enough, Robert must have gotten more love and attention of everyone that sort of spoiled him. In an interview, R.H. Thomson claimed to have been a big pain in the butt in his youth.

The talented R.H. Thomson knew he wanted to act before he could even solve 2+2 as he began acting at the tender of only five. As a matter of fact, theatres will always be the love of his life apart from his family, of course.

Thomson who says art is about revealing something studied acting at Montreal's National Theatre School after being inspired to mark a career as an actor through his mother's work. 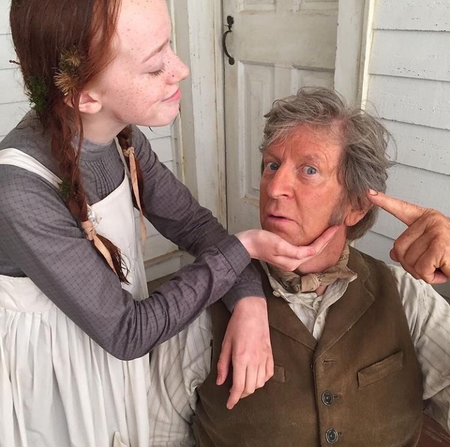 R.H. Thomson on the set of Anne with an E. SOURCE: Pinterest

Not to mention, R.H. Thomson even ironically worked together with Cicely on their first and only project, a TV film called Glory Enough for All where he portrayed the role of Dr. Frederick Banting, the onscreen son of his RL mother, in 1988.

And, at the beginning of his career, Thomson who also involved at the Trinity College Dramatic Society where most of his family also went there, worked on The Lost Boys which played late in Winnipeg's Manitoba Theatre Centre. Thomson wrote and performed the act himself. 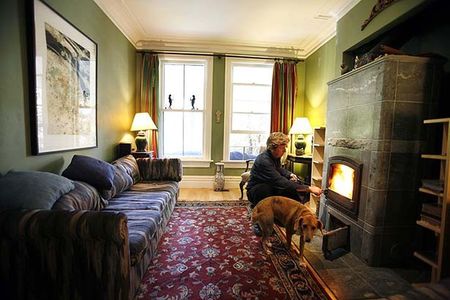 An inside glimpse of R.H. Thomson's Toronto. SOURCE: The Star

Thomson then contributed to several hit films and TV series including; Road to Avonlea, Chloe, Vision Quest, Bone Daddy, If You Could See What I Hear, The Lotus Eaters, Ticket To Heaven, Population 436, Glory Enough For All, The Royal Scandal and Clara.

Now, regarded as one of the most remarkable Canadian actors, Thomson is recently known for Matthew Cuthbert on the hit Anne with an E where he also co-starred Corrine Koslo, Amybeth McNulty and Lucas Jade Zumann.

Thomson who is estimated to have a net worth of more than $200,000 resides in Bloor neighborhood Toronto after previously having lived in North Toronto from 1979 till 2008.

Canadian actor Robert Holmes Thomson has been married to wife, Laurie Matheson with whom he shares two kids for decades.

Macintosh Thomson is one of the sons of actor Robert Holmes Thomson and his wife Laurie Matheson.

Andrew Thomson is the son of Anne with an E actor Robert Holmes Thomson and his wife, Laurie Matheson.