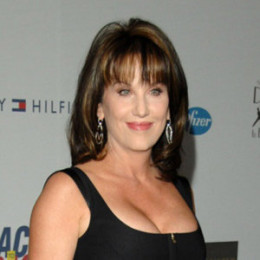 Robin McGraw is a philanthropist, television personality and two-time #1 New York Times bestselling author. She is married to Dr. Phil McGraw since 1976. In September 2006, Nelson Books, a division of Thomas Nelson Publishers, released her debut book entitled Inside My Heart: Choosing to Live with Passion and Purpose. Robin McGraw is a board member of The Dr. Phil Foundation, a non-profit charitable organization.

Robin McGraw was born as Robin Jameson in Los Angeles, California on 28 December 1953. Her parents are Georgia Jameson and Jim Jameson. She spent her childhood in Oklahoma.

The successful author and TV personality, Robin McGraw appeared in Entertainment Tonight, an entertainment news magazine in 1981. In 2004, she was seen in the television show The Insider. Moreover, she featured in JCPenney Jam: The Concert for America’s Kids in 2006.

As an author, Robin’s first book titled Inside My Heart: Choosing to Live with Passion and Purpose was released in 2006. The following years, she released From My Heart to Yours: Life Lessons on Faith, Family & Friendship and Christmas in My Heart and Home.

McGraw's son Jay is married to actress Erica Dahm, and she has got two grandchildren named Avery Elizabeth and London Phillip. Meanwhile, Phil was previously married to Debbie Higgins from 1970 to 1973, when their marriage was annulled.

On Wednesdays we wear pink (pants!)

In a 2014 interview, Robin revealed that one of the secrets of their long-lasting marriage is never fighting with her spouse.

"But we don’t fight and it’s because we had a conversation early on and I told him that it’s not natural for me to be in a house where people are screaming and yelling – my parents didn’t do it, I don’t do it and I don’t want to live in a house like that. He got it and has never raised his voice around me. We don’t fight,” Robin told the magazine."

McGraw is also a board member of her husband’s foundation called Dr. Phil Foundation. The foundation supports various programs with regards to physical, mental, spiritual, and emotional needs of families and children. She has addressed as a speaker in many events of Women of Faith.

Robin McGraw's net worth is estimated to be over $50 million. Her source of income includes her earnings from her career as a philanthropist, television personality and author.

Meanwhile, her husband Phil has an estimated net worth of $400 million while his salary stands at $88 million annually.

Robin McGraw is currently married to Dr. Phil McGraw since 1976. She is the second wife of her husband.

Jay has written several books aimed at young people. He has also appeared on the Dr. Phil show. He has one younger brother.

Jordan McGraw is the second son of her. He has one elder brother.